Behold the Archive Wall of Shame 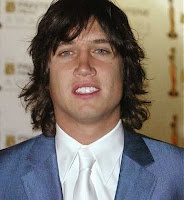 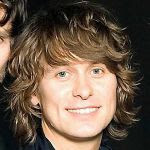 As you all know, this blog does not demean itself by referring to 'pop' culture and tabloid trash but it just so happens that, a few enquiries ago, a customer helped to uncover the final mysteries behind a 1799 Orcadian affair. Colonel Thomas Balfour was known to have had a child with a married Irish woman whose illegitimate daughter was supported for years by Thomas' widow Frances Ligonier. This woman had always been known as 'Mrs Jackson', a pseudonym, and she gave her daughter the surname 'Clifford' which related to no-one in either family.

Our customer, however, was investigating Irish divorce law and had been concentrating on one of the first divorces to go through the courts. He provided the missing link of the Irish woman's real name.

We hold the letters that flew between the pregnant and distressed mistress and Colonel Balfour's WIFE (as he was on his deathbed.) It is like reading a novel or watching a totally brilliant soap.

Mary Chute (for that was her name) was very dramatic: "I think it very probable Madam I cannot live - worn by grief- I will not have strength to struggle through bodily torments I must endure." and "What can be charitable done for me but firing (a) pistol at my head"

Frances was a little cooler :"Tho' I certainly owe you my thanks for resisting Mr B's offer to desert me, and fly to any corner of the world with you, I hope you had a still better motive than your regard for me, viz reluctance to destroy the character of a man till then irreproachable."

Mary also attempted to communicate to Colonel Balfour through Frances using a code, which is both awesome and audacious.

You see? Even if all you like reading is Heat and Closer, there is something to interest everyone at Orkney Archive.
Posted by Archiver at 11:19