Our latest exhibition is all about local historian and writer, Ernest Marwick. This year would have been his 100th birthday, so the Orkney Science Festival decided to celebrate his life and works with some special events and we were asked to put on a small exhibition.

In the Orkney Archive we are very lucky to house his collection of research, stories, poems, photos, oral history, folklore and articles about Orkney life, people and culture. About 86 boxes worth! There is hardly ever an enquiry in the Archive that is not helped or answered by something that Ernest Marwick saved or collected.

To exhibit this collection we could have taken over the entire searchroom, so we decided to concentrate on some of his writing and scholarly pursuits.

Wilhelmina Rosie, Headmistress of Evie Public School wrote in her report of 1925, "In the infant and junior classes the pupils are making satisfactory progress in the main subjects. Poetry and Reading were delivered in a clear and distinct voice, and Spelling was in most cases quite good...It is noted with approval that most of the pupils are at the stage of advancement which corresponds with their age."

He left school soon after this at the age of 10 due to illness and never went back. After that he taught himself everything he needed to know.

In 1941 he moved to Kirkwall to work in Stevensons bookshop and in 1943 he married Janetta Park from Sanday. 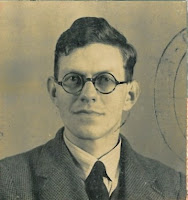 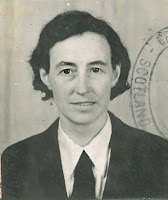 After WW2 he compiled and edited An Anthology of Orkney Verse. 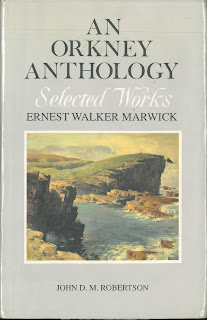 He was a collector of local history and folklore. 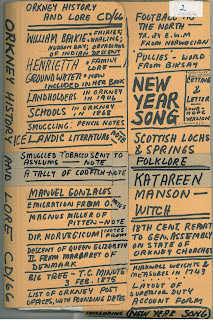 One such story was: "Rackwick (Hoy) Tradition - the landlord there at one time was a lady who lived in a house called Ootries, just above the boat noust at Rackwick. This lady's house had a floor of baked tiles. It was her custom to go down to the beach each morning as the men set off for the fishing, to choose the man who should do her work for that day. On one occasion a man refused and went to sea. When he came back in the evening he found his house burned to the ground."

This story was passed on through 3 generations before it reached Mr Marwick.

He researched and wrote Sooan Sids for the Orkney Herald from 1954-1961. 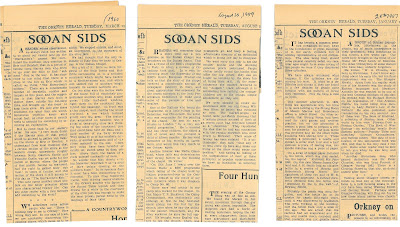 He was friend and adviser to George Mackay Brown 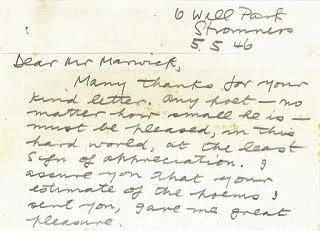 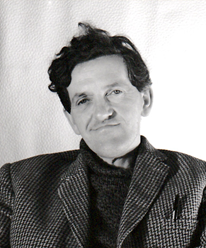 He was a poet in his own right. 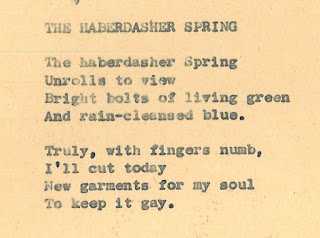 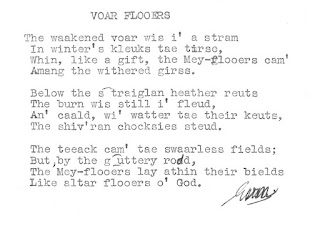 Archive reference: D31/64/4 - Folder entitled Verse - typescript, manuscript of some fifty poems by E.W.M.
From the 1960s to the 1970s, he made over 800 broadcasts for the BBC, many of which are stored on reels, cassette tapes and CDs and can be listened to here in the Orkney Archive. 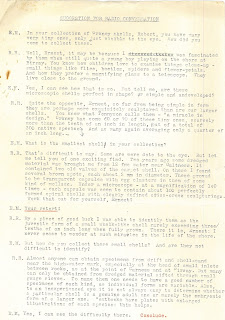 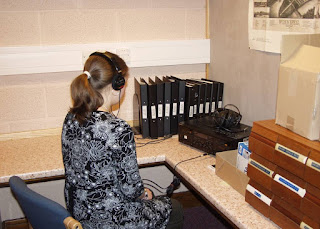 In 1975 he published the book The Folklore of Orkney and Shetland which was the culmination of all his research into folklore. 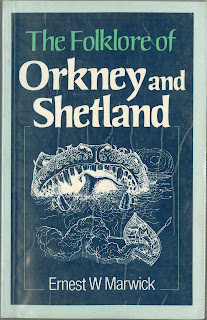 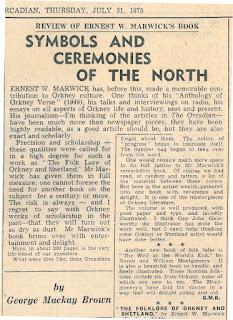 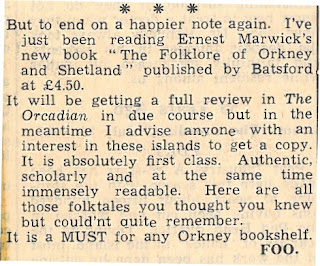 Archive reference: D31/9/2 - Folder containing reviews of 'The Folklore of Orkney and Shetland'
And in 1975 he was awarded the Freedom of the Burgh of Kirkwall! 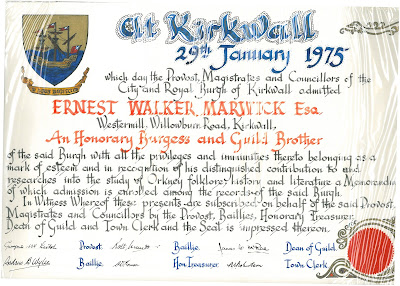 Archive Reference: D31/65/6 - Casket containing certificate of Freedom of the Burgh of Kirkwall, presented to E.W.M.
The exhibition in the Archive Searchroom will continue until the end of October 2015.