Fly Me To Dunoon 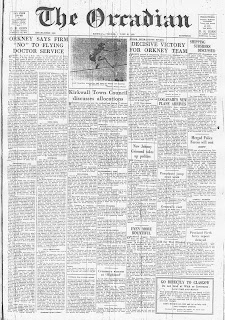 Today, in 1969, Neil Armstrong became the first man to walk upon the surface of the moon. All over earth, human beings huddled around their glowing television sets to watch this unprecedented event unfold. It was immense; a historical moment which no-one would ever forget.
"How simple to commemorate this day," I thought, "I shall simply post whatever the Orcadian and its letter-writing readers had to say about such a momentous symbol of human endeavour. I shall check the relevant paper immediately."
Above, you can see the cover of The Orcadian which succeeded the moon landing. The main stories are about the proposed flying doctor service, council house allocations and the Junior Inter-County Sports tournament between Orkney and Shetland. The front-page photograph is of a child jumping over a stick. Not, you will notice, a man walking on an orb hitherto undisturbed by a human toe.
Puzzled, I turned the pages, gradually coming to the end of the next week's paper. No mention. Not a word, sentence or picture.
Not being an Orcadian myself, I wondered if, for some reason, Orcadians were just not bothered by this event that had transfixed others. I put my query to a Very Orcadian Colleague:
"No...", he mused, "we did know aboot it. But all the Sooth papers probably had it covered, so they'll hiv thought 'Why bother?'"
"Ah" I said, "perhaps I should check the paper before the moon landing as there were probably anticipatory articles in the run up to the event"
"Ah no", VOC demurred "that wouldna be the Orcadian way. We would hiv all been waiting to see if it actually happened first."
"I see," I said. "Do we have any spacey things to post today then?"
I was directed to the photographs of Sandy Wylie, former technician at Kirkwall Grammar School and an inventor and photographer of note. he took some beautiful photographs through telescopes and lenses (which he ground himself) and below you can see his images of stars and the moon. 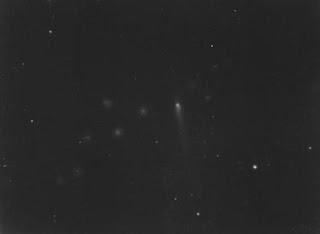 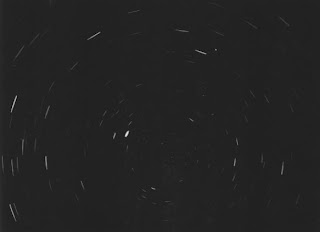 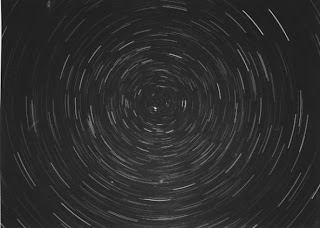 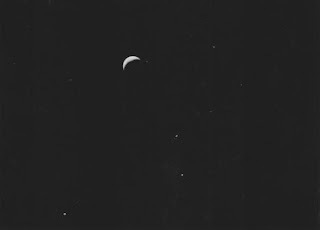 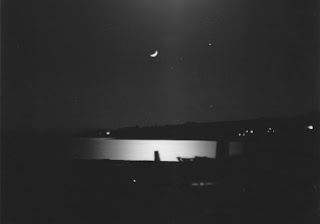 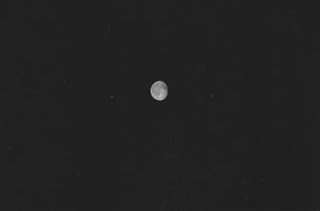