Uniforms, rituals, nonsense words sung in the round, initiation ceremonies, tasks, woggles, toggles, pixies, kelpies, vows and bobble hats. Is this post about a terrifying new cult hoping to entice Orcadians? No, it's about an old one, Girl Guiding, which is celebrating an 100 years history in the UK.

Surely there are many women who wonder how on earth they would have coped with life without their lessons in semaphore, flower pressing and knot recognition. Camping certainly taught many valuable life-lessons such as balancing all your possessions on top of two logs in a tent, saturating all meals with heart-healthy lard and sticking chocolate digestives together using only melted marshmallows.

Orkney Museum is marking this anniversary with an exhibition running from the 3rd until the 24th of April. 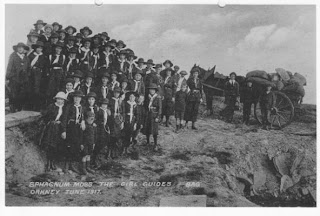 Girl Guides gathering sphagnum moss in Orkney, 1917. Sphagnum moss, or bog moss, is famed for its ability to evenly absorb enormous amounts of moisture. Consequently, it was in great demand during the First World War for use as dressings for wounds. (Ewwwwwwww) 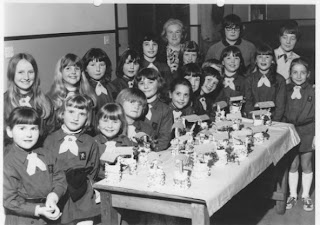 This Holm Brownie troup appear to have made some useful shell-encrusted wells. 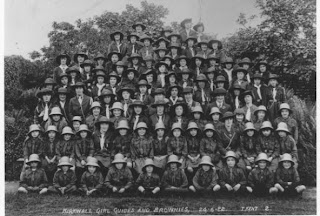 A Kirkwall troup of Brownies and Guides photographed by Tom Kent in 1922.
Nice hats, ladies. 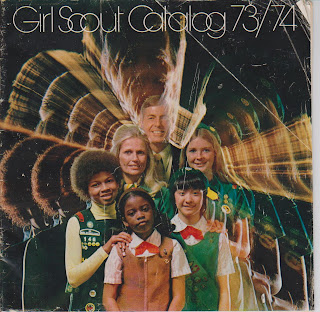 A grooovy American Girl Guide catalogue from the seventies which looks like an ace 1970s album cover but contains the travesties of fashion that are pictured below. 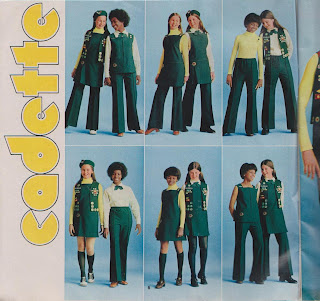 Photos from the Orkney Photographic Archive.
Catalogue of polyester woe from the D95 collection (uncatalogued.)