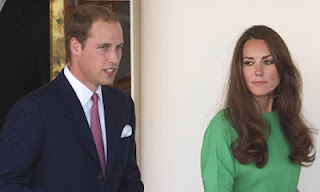 William and Kate were furious. No honestly, they were really, really angry.

Kate just phoned a minute ago to book some time onto the library public pcs as William and her are planning an Orkney stop-off on their way back from the South Pacific.

"Sorry Kate," we said, "but the public PCs will have no internet access on Tuesday the 25th and Wednesday the 26th of September due to essential maintenance."

"But how are Wills and I going to play Farmville when we're there???!!" Kate fumed. "Wills needs to harvest his tomatoes! This is unbelievable... we're giving Orkney back to Norway and that's that!"

"Chill out K-Mid, the Wifi will be fine.You can bring in your laptops"

"Thank goodness for that, you shall remain Scottish. For now..."

I wonder what they'll do when they realise that we've moved the reference room upstairs...
Posted by Archiver at 11:50 No comments:

All Aboard The Marge Barge... 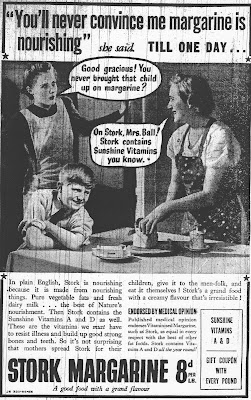 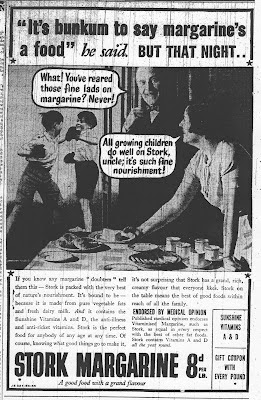 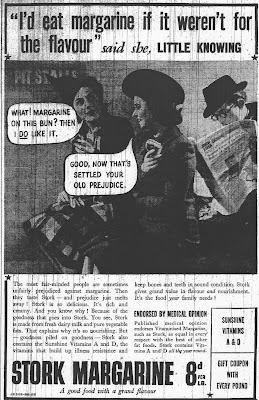 Yeah, 1940s woman! If there's anything that really enrages me it is unfounded prejudice against spreads. I overheard my friend's grandmother disparaging Olivio once and I punched her in the face.

All adverts taken from 1939 editions of The Orcadian.
Posted by Archiver at 09:00 4 comments: 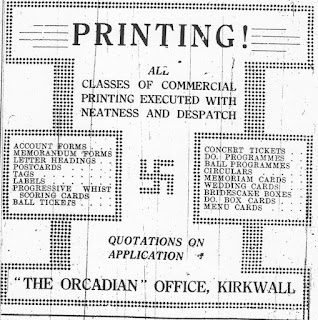 I was shocked to see the casual and seemingly extraneous use of a swastika in an ad for the Orcadian printing office, especially in 1939. "Maybe people were not too bothered by it before the Second World War started", I mused. 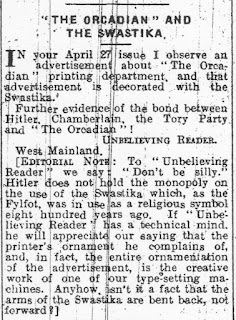 Those pesky type-setting machines, getting all 'creative' and embarrassing their human overlords!

Email ThisBlogThis!Share to TwitterShare to FacebookShare to Pinterest
Labels: swastika, The Orcadian, WWII 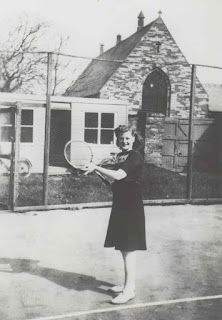 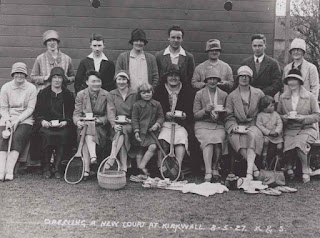 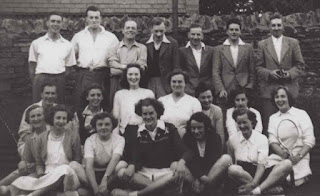 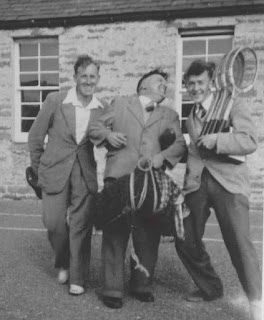 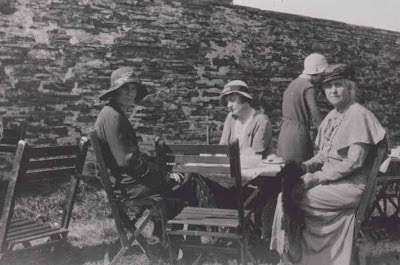 (The first three photos show members of Kirkwall tennis club, no dates, the fourth was taken on Westray on the 20th of August 1954 and the last shows the opening day for Stromness tennis club, July 1934.
Posted by Archiver at 11:36 No comments: 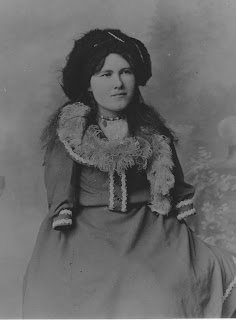 It seems appropriate, while the Paralympics are in full swing, to post about Hettie Scott, a Harray lass who achieved more than most able-bodied people despite having no hands and being unable to walk.

Hettie learned to write, paint, knit and crochet using only her feet and, more importantly, she mastered the art of drinking a cup of tea with the saucer in her left foot and the cup in her right. Hettie says in her short autobiography Brightening Her Corner, that tea was one of her favourite things, a confession which we heartily applaude here at Orkney Archive.

Hettie was particularly talented at both painting and needlework and favoured scenes of animals and flowers which often illustrated biblical texts. Hettie was uncomplaining about her limitations but was no po-faced martyr. Her book made me snigger three times. 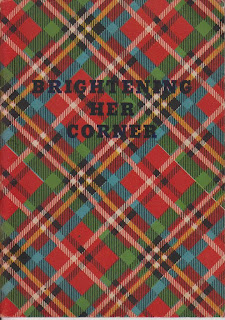 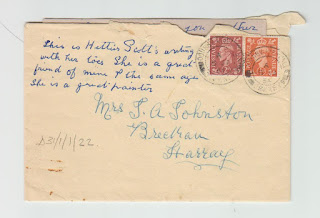 Bovril Is Liquid. Cocoa is Liquid. Both are Brown.

One cannot help but feel that the advertisers of these hot drinks have gotten a little over excited... 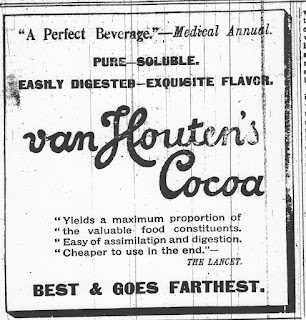 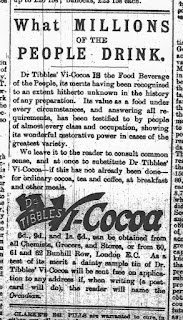 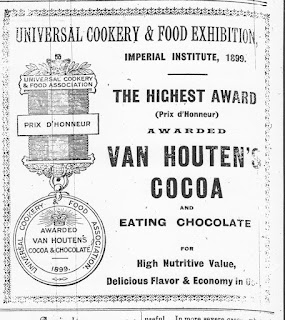 All adverts taken from 1909 editions of The Orcadian
Posted by Archiver at 13:11 2 comments: