Robert Stove and the Serjeant's House


There is a house in Deerness which has been called The Sergeant’s for as long as anyone can remember. You’ll not find that name on any map but ask and you’ll be directed to a single storey, traditional house on the left about half-way through the parish.


Ask why it’s called The Sergeant’s and you might hear of  WW1, the Boer War, or the Crimea, but its pedigree is older than that, going back to Napoleon and the retirement in 1817 of Quartermaster Sergeant Robert Stove of the British Army who came home then to Deerness and his house and family.


And what has all of this to do with the Balfour papers?


Thomas Balfour was one of the three sons of William and Elizabeth Balfour. The French Revolution raised fears of revolt across Europe and Fencible regiments were set up throughout mainland Britain, including the Orkney and Shetland Fencibles – akin to the Home Guard of WW2. The Orkney and Shetland regiment was raised in April 1793, led by Tom Balfour, Colonel Thomas Balfour. It was potentially a lucrative role, and realistically, in Orkney or Shetland, not a dangerous one. However as matters heated up in Europe, and particularly as rebellion threatened in Ireland, the North Lowland Fencibles were formed in November 1794 and the Regiment shipped to Ireland to deal with insurrection and possible French invasion there. Tom Balfour became the Colonel of the regiment and took with him, men who had originally enlisted with the local Fencibles in 1793.


One of these men was Robert Stove from Deerness. He was born in 1768 or 69, 5’8’’ tall, brown hair and brown eyes, a fair complexion and well-built according to his enlistment records. He described himself as a labourer and was married, although this is not stated in his army record. His wife was Isabel Meal and they were married in Kirkwall on 3 September 1791. The Reverend Barry officiated and Peter Laughton and John Voy witnessed the marriage.


Robert and Isobel had a son, James, born on 6 February 1794, when the Orkney and Shetland Fencibles were still in Orkney. Their second child, Margaret, was born on 1 July 1795 by which time his new Regiment, the North Lowland Fencibles, had shipped out to Ireland, based at Monaghan.


In amongst the Balfour boxes, there are many papers relating to both the Orkney & Shetland Fencibles and to the North Lowland Fencibles. Many relate to attempts to bring order to regimental financial matters after Colonel Tom Balfour’s early death in 1799, but amongst the repetitive correspondence surrounding this muddle, there are papers relating to the men of the regiments and these are a rich vein for anyone with an ancestor who might have disappeared into the British Army at this time. Army service was a means of earning money, as was naval service (although the Press Gang was a scourge to be avoided) and the Balfour papers contain the oaths of attestation for many men who joined up in Orkney, Shetland, Caithness and elsewhere, along with paymaster lists and correspondence, many with fascinating snippets about a period when it’s hard to find records for ancestors. Orkney Family History Society will ultimately hold details of the men on the pay lists etc, and in addition, the catalogue of the Balfour papers will detail correspondence and other documents relating to the Regiments.


So what of Robert? He appears as the signatory of a letter dated 23 July 1800, from Downpatrick, Ireland about some money matter probably part of the legacy of confusion following his Colonel’s death.  He was Quartermaster Sergeant of the North Lowland Fencibles, a non-commissioned officer responsible for supplies. He was able to read and write, and signs the letter in a clear hand. Many of the men of the Regiment were illiterate – lots of their enlistment papers are marked simply with X. There are records of a schoolmaster in Deerness, George Louttit, contemporary with Robert growing up so whilst education was not compulsory, it was available and that ability to read and write undoubtedly saw Robert reach the level he did in the Army.


Robert was with the North Lowland Fencibles until 1802 when the Regiment was disbanded as were many other Fencible regiments, as a result of the Peace of Amiens. Robert returned to the British Army in 1804, this time to the 36th Regiment of Foot having presumably spent the intervening 2 years home in Orkney. There is no record of whether he was able to come on home on leave between 1794 and 1802. He then remains in the Army until 1817 when he is discharged ‘being worn out’, aged 48 having served throughout the European struggle culminating in Napoleon’s defeat at Waterloo in 1815. The 36th did not fight at Waterloo but formed part of the army of occupation until December 1815. They then returned to England and it is at Portsmouth on 15 March 1817 that he leaves the Army.

Back home in Deerness...

Robert and Isobel are recorded in the 1821 census of Deerness along with Margaret, their daughter. It is possible that James, their son, had followed his father into the British Army – a record exists on-line of  the marriage of a James Stove of the 36th Regiment of Foot to Maria Sophia Wood in Malta, where the Regiment was stationed, in 1819.

In 1831 Robert was 62 and on 12th March that year he married Isabella Matches. She was 37 and in 1832 a son, Robert, their only child, was born. Isobel Meal had clearly died between 1821 and 1831. Robert had a British Army pension and perhaps it was one of the attractions to Isabella, who at 37 didn’t have much in prospect before her as she grew older, still unmarried. In the 1851 census he is 82 years old and described as a Chelsea pensioner and their house is called Little Millhouse, the ‘’proper’’ name it still has. Robert died aged 89 in 1858 – 41 years a British Army pensioner, a remarkable record for the times.

The outline events of Robert Stove’s life are recorded in Deerness parish records, in Kirkwall records, national census records, variously in the Balfour Archive and even the National Archives. Other lives are similarly recorded, a snippet here, a snippet there -- a case of looking in the obvious places and then the less likely, such as papers in local archives. There are treasures to be found! Out of such treasure, we can weave the story of the life of a soldier, of modest rank and background, who was born almost 250 years ago and who was the namesake of a house which is still remembered for him---- even if a lot of folk don’t realise it.

Thank you to Judy Stove, New South Wales, Australia, great, great grand-daughter of Robert Stove for allowing me to dip into her research into his life.

Don't Talk To Me In That Phone!

We are still cataloguing some of Margaret Tait's papers and. as always, some of the most fascinating pieces have been her journals and notebooks when she just writes about...stuff. What's in the news, what she thinks of it, conversations she's overheard, random thoughts that pop into her head; they are always interesting and quite often rather ahead of their time or still relevant.


The journal I am cataloguing at the moment dates from 1964 and contains notes, sketches and musings. If you substitute the words 'an iphone' with 'a book' in the following excerpts, then you have a pretty accurate depiction of 21st century life: 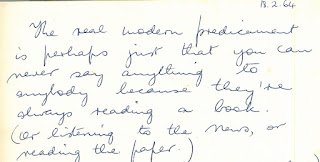 We of course never read our iphones when others are talking to us. Unless we're checking the weather of course. Or looking at cinema times. Or checking our running stats. Or seeing if our baby is still awful on the awful baby app. Or looking for pokemon.


Apart from all those times, we NEVER do it.


Let's have a Friday afternoon boogie:

It is sometimes difficult manning the phones at an Island library & archive when you are not a local. There are all kinds of strange author names and book titles and sometimes mistakes are made.


Here in the archive, we take our turn to receive the incoming calls from the public for the whole building. It was my turn last Friday morning:


CALLER: This is a very broad-accented aulder gentleman here looking fer a book!


ME: (brightly, courteously and terribly professionally) Just a moment *brings up screen on pc* What is the title of the book?


ME: (thinking) A rude Welsh man? Is that a euphemism?? *looks up Welshman, Welschmann,  Welchman etc. on system*


I'm afraid we have no books by that author's name.


ME: (thinking) Rude codes? Is that a euphemism?


I'm sorry that I couldn't help.


Dear readers, this was the book: 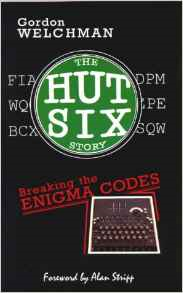 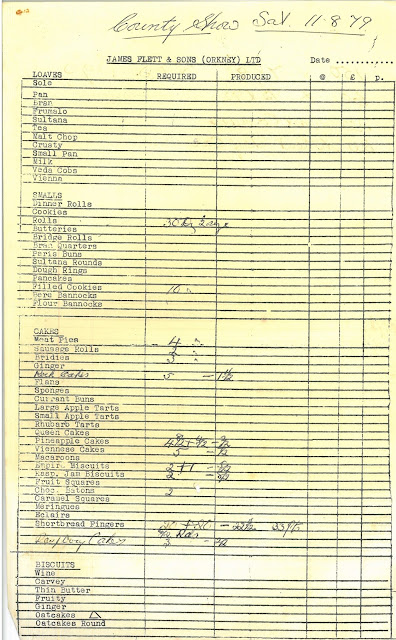 
Imagine our delight therefore, when we found a copy of James Flett & Sons' bakery production list for the 1979 show.


We are very noble at Orkney Archive and, although it is every member of staff's dearest wish to spend tomorrow whirling about in a tea-cup, drunk, with cream and jam all over our faces, in the company of tractors, two of us will be manning the archive desk.


Just... manning the desk. With no cakes. No booze. No tea cups. No tractors. Just crying.


We may have complained about this before... 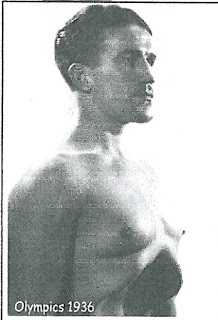 We have written before about Orcadian Olympic wrestler Tom Ward. He competed as a wrestler 80 years ago at the 1936 'Hitler Olympics.' Here is an extract from the Orcadian announcing his participation:


(We particularly like the description of Tom as a 'fine, lion hearted fellow' and can only hope that we will ever be described in such terms.)

Posted by Archiver at 10:25 No comments: