This Is Very Pleasing 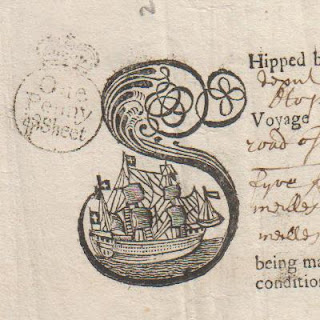 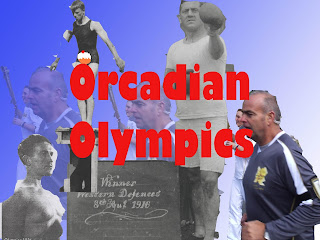 We have prepared another display! It is, of course, in honour of the Olympics and contains many photos and documents of sporting prowess from rugged and/or lithe Orcadians.

The poster includes images of runners in the 2012 Torch parade which went through Orkney last month, Tom Wards, an Orcadian wrestler who competed at the 1936 Berlin Olympics, boxer Toby Cliff and a very brave man about to dive into the basin at Kirkwall harbour for a swimming gala.

We have censored this image with an iced bun as his swimming costume leaves little to the imagination. You'll have to come in and see the display if you want to ...errr... see the display.

We very much enjoyed the opening ceremony last night but were saddened by the lack of clootie dumplings, half time raffle and old men in boiler suits saying "aye aye min!" Blatant discrimination against Orkney.
Posted by Archiver at 16:39 No comments:

Before the National Television Awards began, they looked like this... 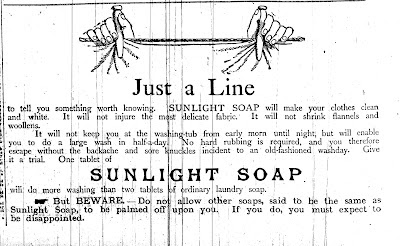 I love the snippyness of the one above... 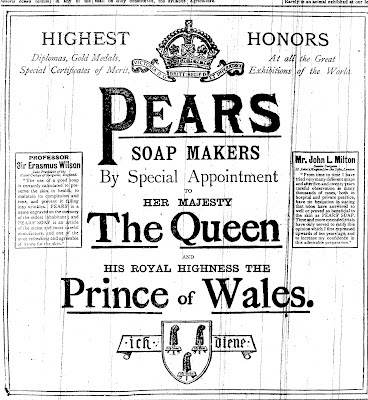 ...and the ridiculous pomposity above. This soap is so fancy, it has it's own coat of arms! Where would this soap pageantry have ended had it not been checked? Dove bars with epaulets on the ends of them? Boxes of Daz cruising around on segues? 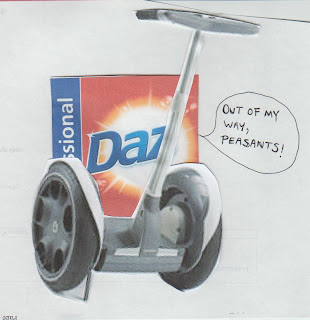 Information taken from an edition of The Orcadian newspaper dated 14th May 1892.
Posted by Archiver at 13:45 No comments: 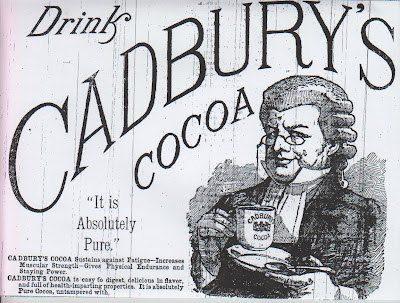 Quick friends; to the microfilm readers to search for proof that wine raises IQ levels and makes you a groovier dancer permanently, not just post-quaff!

There could also be evidence that cakes are not 'fattening' and 'artery clogging' but 'invigorating to the digestive tract' and 'advisable to eat in large quantities.'

Hello, You Fool, I Love You!

This morning, a strange yellow light was detected over the town of Kirkwall. The light had a definite warming quality to it and was all-pervading; penetrating every window, cracks around front doors and the gaps between curtains.

Citizens were alarmed until one of the older folk chuckled wisely and said 'It's chist the sun! Do you no mind the sun?' Ah... the sun, welcome back old friend, we have missed you. We're a bit annoyed at your tardyness, if we're honest, but better late than never I suppose.

Here are some things from our collection which remind us of you. Wait... don't go... come back! We didn't mean to scare you! 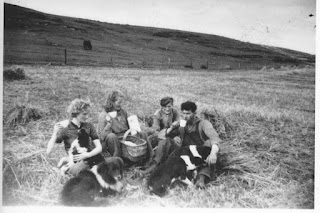 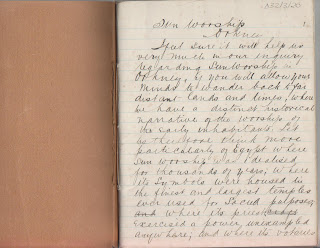 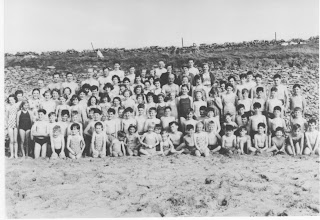 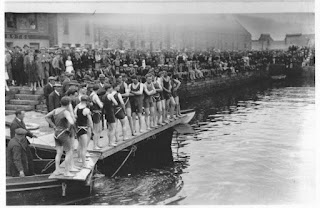 Kirkwall Swimming Gala in the basin. 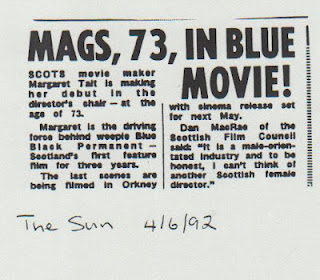 Don't You Sometimes Wish That Shops Still Looked Like This?

But I am glad that they no longer look like this:

All photos by Tom Kent. 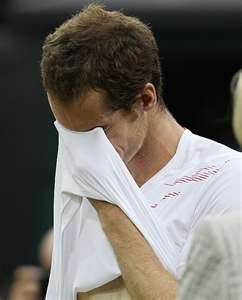 We'll remember all our life,
rain it came down cold as ice,
a shadow of a man,
a face through our tv
crying in the court
the game goes into

advantage and another set,
happy roger makes another play
looking in your eyes
we see a champion
we never realised
how happy you made us!

Oh Andy!
Well you came and you gave it your best shot
but they sent you away,
Oh Andy!
and you cried, and Kim cried, and Judy cried, and we all cried.... Oh Andy! 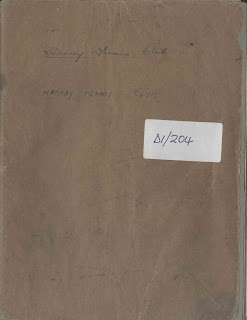 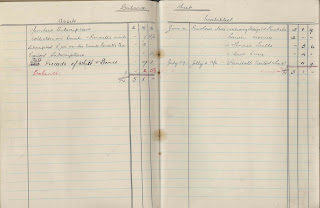 Above is the archive item which we had intended to post on Monday to celebrate Andy Murray's victory at Wimbledon, sob! It is only appearing today as it has taken this long for us to be able to look at it without weeping. Damn you rain!You ruin everything!

The Orkney Library and Archive staff all watched the game at my mum's house. She is still scrubbing the tear stains and sticky Murray mints out of the carpet and one member of staff has yet to uncurl himself from the foetal position and crawl home.

The club had meetings every Monday and Thursday and members paid a subscription of 2 and 6 if they used their own raquet, 4 shillings if they didn't.

They held fund-raising dances and expenses included lime, tennis balls and a lawn mower.
Posted by Archiver at 12:35 No comments:

Email ThisBlogThis!Share to TwitterShare to FacebookShare to Pinterest
Labels: Andy Murray, crying, songs for those we love, sport, tennis

Check out this home-grown Orkney filth! The terms of our Disclosure Scotland contract probably forbid us to directly type this vile and sinful poem, so here is a scan taken from David Hubert Balfour's book entitled To The Unborn: 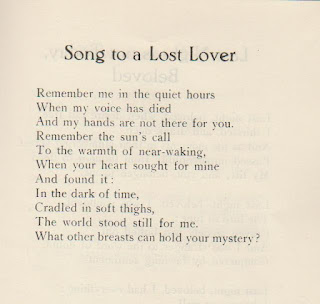 Steamy stuff, I'm sure you'll agree. The archive staff have attached a fan to the spine of the book after one member of staff fell into a swoon of horror upon discovering it and several customers have been threatening to sue the library after suffering heart attacks, seizures and/or strokes. 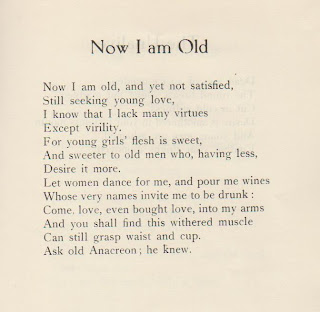 David, the last Balfour laird, was described as a 'charming, convivial, utterly irresponsible man-about-town*' who was married and divorced four times.﻿ Reminds me a little of another Balfour cad...

*Who Was Who In Orkney, W. S. Hewison

There has just been a booksale at Orkney Auction Mart and our assistant archivist has made her usual visit both to obtain new stock for the Archive and, more importantly, to wink at farmers over a mince roll in the cafe.

The bidding process is quite stressful and so she is always rolled and tied into an old duvet beforehand to soak up all the sweat and we tuck several twixes beneath the twine so that she can keep up her strength. This means that some chocolate always gets onto her David Dickinson-esque pin-striped suit but there's usually a bit of fake tan on there already. There is always quite a lot of competition over the best stuff and A.A. had to punch three other bidders to the ground, but we ended up with three boxes of haul.

These include Stromness Shopping Week programmes, an admiralty map and this brilliant 1952 book of recipes which was made to raise money for the St Andrews Church repair fund: 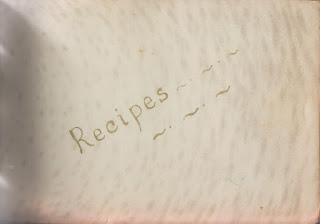 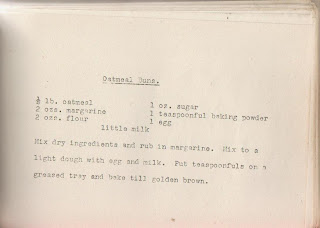 Recipes include those for various cakes, mmmmmm... cakes..., a fruity filling for pies, mmmmmm...pies..., Magic macaroons,Treacles Scones, Creamed Potatoes and Lemonade. It also contains a little rhyme telling how to brew the perfect cup of tea:


That Cup Of Tea.

Be sure to heat the earthen pot
And have your water boiling hot.
Put in a teaspoonful per cup
That each of you intend to sup.
Allow to stand for minutes four,
Then off the leaves be sure to pour.
When serving put the milk in first,
Add sugar and allay your thirst.
With this delightful, fragrant brew
You'll be refreshed and live anew.

There are also some useful household hints at the back as well as a pressed plant: 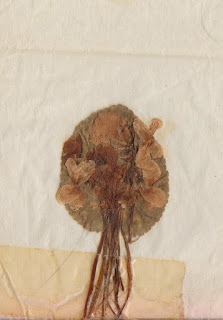 There is no indication as to the contributors of the recipes. Can anybody enlighten us?