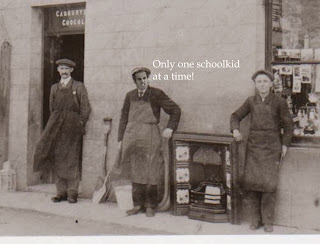 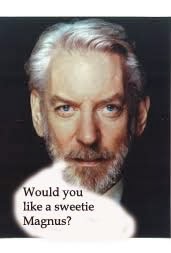 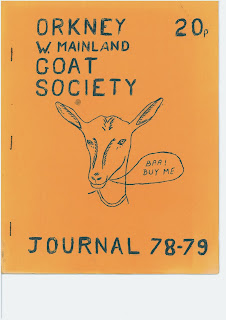 At long last, a magazine all about goats. The years of cataloguing have been worth it.

You think that the cover is the very pinnacle of delight and then you turn to page 11 to read the article entitled 'Goat Mania'.

" Goat mania is something that grows on you unawares, but once you have it, it never leaves you..."

This is followed by an article entitled 'A Sure Sign of Insanity':

" The first clue to your impending imbalance is to THINK you might like to keep a goat... it will butt you, stand on you, just for the fun it'll kick you, belch in your face... only a female could cause so much trouble and still be loved, cherished and pampered. Well I'll be getting my own back, she's soon to go to the Billy!!"


The publication is basically a series of exhortations for people to NOT own goats which is unusually frank for an enthusiasts' journal.

One edition has a description of goat birth which is not for the faint-hearted nor for those attempting to have their afternoon tea break...
Posted by Archiver at 16:27 2 comments:

Time Travelling Fridays 2 (except on Saturday, as we wuz ill.)

Prepare to be amazed once more, as we unveil more time-travelling celebrities as your special advent treat:
﻿﻿﻿﻿﻿﻿

You may have assumed that Patrick Stewart won the role of Jean Luc-Picard because of his actorly skills but it was actually his experience of travelling through time and space to 1830s Orkney where he worked as a painter.

At one point, Patrick was taken to court over an unpaid bill of £19, 14 shillings and 5 pence. But his lawyer said that the charge was 'libellous' and actually due to a clerk writing a bill down twice by mistake. The firm later folded. 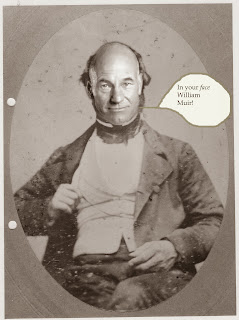 We also have completely water-tight and not at all nonsensical proof that John Snow also had a bash at the time-travel malarky and ended up being John Balfour's attorney, receiving bossy letters about bonds, notes of hand and various connected instructions.
﻿﻿﻿﻿﻿﻿﻿﻿﻿﻿ 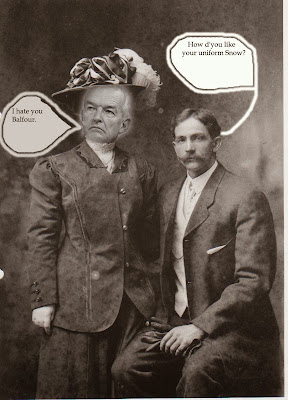 "So how will you treat us this December Orkney Archive?", we hear you cry.

"In previous years you have thrilled us with pictures of your Christmas decorations and Stromness have a proper quiz and everything. There is going to be something. Right?"

But of course, dear hearts, never fear. Faithful readers shall remember our amazing photographic evidence of Cheryl Cole's amazing, yet puzzling, trip back in time to Prince Charles' visit to the Orkney Fudge factory.

Friends, that is but the tip of the incredible iceberg which is going to blow your Christmassy minds. Please welcome... Orkney Archive's Time-Travelling Fridays.

Turns out that many of our celebrity friends have decided to pay a visit to Orkney's days of yore and we shall be bringing you the proof as an advent treat. You're totally welcome.

First up, you may think that Elizabeth Taylor was married but 8 times to merely 7 husbands, but no! She travelled back in time to fin-de-siecle Orkney, hooked up to a local lad and promptly sued him for alimony.She probably scarpered back to the late-twentieth century when she realised she was only getting £6 a year.


Next: Frank Skinner! Not only did Frank decide to take a holiday in 1947, he also took the time to remodel the Royal Hotel in Kirkwall and, I'm sure you'll agree, did a lovely job. Cheers Frank! 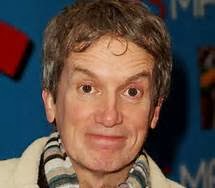 Next week, correspondence from our favourite dapper news reader and mischief from a certain space-travelling Captain. Tune in for Orkney Archives Time Travelling Fridaaaaaays!!!
Posted by Archiver at 16:47 No comments: 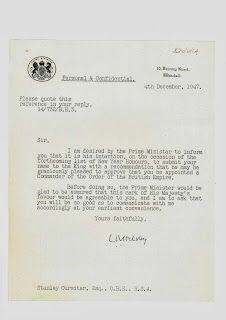 Stanley Cursiter was born in Kirkwall in 1887 and died in Stromness in 1976. He was educated at Kirkwall Grammar School and Edinburgh College of Art.

He served in the First World War with the Scottish Rifles and the Fourth Field Survey Battalion where he helped to revolutionise the preparation and printing of field maps. He was awarded a military O.B.E.(see above) and was twice mentioned in dispatches. 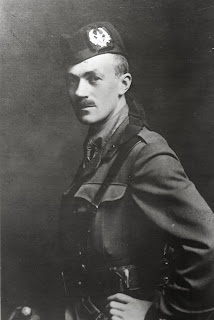 He quickly became known as a painter of landscapes, particularly of his native Orkney. Stanley Cursiter was Keeper of the National Galleries of Scotland and later Director from 1930 - 1948. In the latter year he was appointed Her Majesty's Painter and Limner in Scotland.

On his retiral from the Galleries, he made his home in Orkney, but soon found himself engaged in a new career of portrait painting and during the next fifteen years he painted many notable people.
Among important professional tasks which he performed was the painting of the picture showing H.M. Queen receiving the Honours of Scotland in St. Giles Cathedral. This picture now hangs in Holyrood House. 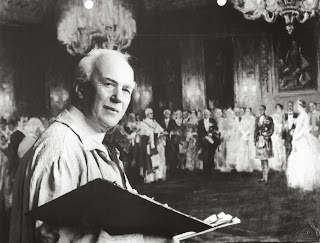 
As a painter, he is represented in several permanent and many private collections. He published in 1946, under the title "Peploe", a biographical study of his friend and contemporary S.J. Peploe, and in 1948, a book on Scottish Art.

His writings, ranging from observations on the arts to stories of Orkney life appeared in various newspapers and magazines.

For his many services to Kirkwall he was given the Freedom of the City and Royal Burgh; he was a deputy Lieutenant of Orkney. He designed the gold chain of office worn by the Provosts in the latter years of Kirkwall Town Council. (The chain is presently on show in Orkney Islands Council Offices).


St. Magnus Cathedral was always a source of inspiration to him and was the subject of many of his paintings. He gave advice which resulted in the saving of the building from structural collapse and made many appeals on its behalf. He suggested the setting up of St. Rognvald's Chapel and designed the furnishings.

Posted by Archiver at 14:41 No comments: