Friday Thought for the Day

No. 374
"The man who cannot blush, and who has no feelings of fear, has reached the acme of impudence." Menander 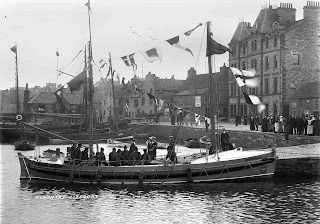 On this day in 1909 a new lifeboat was named in Kirkwall Harbour. The John Ryburn, as she was to be called, was one of the first specially designed and built motor driven lifeboats to be used in the country and was to be stationed at Stronsay. And now for all you engineers out there; she was designed by renowned boat designer G.L. Watson, measured 43 feet by 12 feet 6 inches and was powered by a 4 cylinder Blake internal combustion engine capable of 40 bhp.

The Orcadian Newspaper reported that the ceremony attracted a large crowd but, judging by the photograph by Tom Kent, by the time it was taken they'd mostly got bored and wandered off.

The John Ryburn was stationed in Stronsay for a relatively short period of time. In 1915, due to a wartime shortage of able-bodied men to crew her, she was moved to Peterhead. It would be another 37 years before another lifeboat was stationed at Stronsay.

Email ThisBlogThis!Share to TwitterShare to FacebookShare to Pinterest
Labels: lifeboats 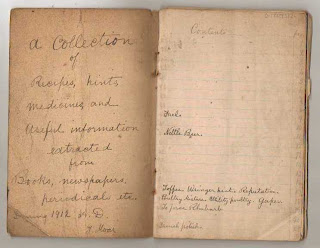 The sad news that McCowans Ltd., the makers of such confectionary delights as Highland Toffee and Wham Bars, has gone into administration has left us all shocked and dismayed. Such is our dismay that we've turned to the archive to help us in our hour of need. The above notebook contains many helpful hints, such as how to extract a splinter﻿ from the hand. The method described involves filling a wide mouthed bottle nearly full with water "as hot as the glass will stand" then placing the injured part over the mouth of the bottle. This will apparently subdue the inflammation and withdraw the splinter. It seems to have ommited the next stage which I imagine would be to attend your local Burns Unit.

Anyway, I digress. The notebook also contains a recipe for making caramel toffee. If anyone would like to whip up a batch here it is:

"Half a pound of fresh butter melted in a stewpan, add a sixpenny tin of condensed milk, stirring well together. Then add one pound of castor sugar and boil for ten minutes, stirring all the time. Pour into a buttered dish and, when cool, cut into squares"

What could be easier!

The notebook contains some other useful information that we may look at in the future, such as how to make nettle beer, french polish and even rat poison.
Posted by The Fonds at 14:55 1 comment:

Can't beat a bit of Khachaturian 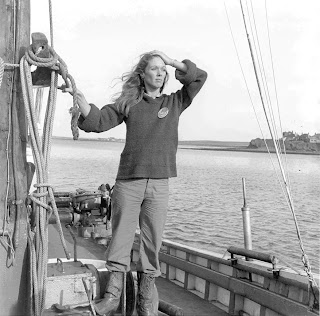 Where am I? And whose clothes are these?!

In 1978 Orkney's seal population became the centre of a battle between public opinion and the government of the day. The drop in salmon catches around the coast of Scotland at the time was blamed on the number of grey seals in the seas around Orkney, with the result that Scottish Secretary Bruce Millan announced that there would be a cull of the adult and young seal population when around a third of the total population would be killed.

But Mr. Millan had made a huge mistake in underestimating the people's love of the seal, and what's not to love? Okay I imagine their breath's not great but apart from that they're pretty loveable. Anyway, opposition grew very quickly in the islands, petitions were signed and newspapers reported that volunteers were flocking to throw themselves bodily in front of the hunters.

A touch of glamour and star quality was added with the arrival of popular actress Jessica Benton, seen above looking a bit dazed and confused. "Jessica who?" I can hear all you youngsters asking but let me tell you that back in the olden days Sunday nights were not complete without the latest episode of The Onedin Line, an everyday tale of seafaring folk in which Jessica played Elizabeth Onedin. Relive the tremendously stirring opening titles at http://youtu.be/Vx7RWW36wes.

Anyway, back to the seals. On 30 September Greenpeace arrived in their new boat Rainbow Warrior, at around the same time the hunters arrived in a boat of their own. A game of cat and mouse then ensued with the hunters setting off in dinghies hotly pursued by Greenpeace members in their own dinghies, only for the hunters to return to their boat. And then, as tension was mounting by the day, the Secretary of State for Scotland succumbed to the pressure. He announced that, due to “widespread public concern” he was dispensing with the services of the Norwegian hunters. The cull of adult grey seals was to be abandoned and the number of pups would be reduced to the levels already existing locally. And everybody lived happily ever after. The end.
Posted by The Fonds at 18:22 No comments: 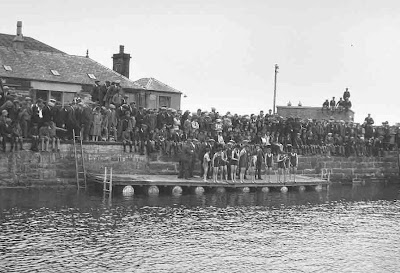 Kirkwall Swimming Club was inaugurated in 1888 and they held their first "aquatic sports" event in September of that year. The event was held in Kirkwall Basin, which cannot have been the most hygienic venue, with the raw sewage outlet not being all that far away.

One of the events involved twelve white saucers being thrown into the water and allowed to sink twenty feet to the bottom. Contestants then had to dive in and recover as many as they could without surfacing. Surprisingly nobody drowned!

The first gala proved popular and the event was repeated annually for the next fifteen years, even managing to survive a bout of Victorian prudery. In 1891 the Harbour Commissioners received complaints about public bathing taking place from the pier. The problem was that not all the young men involved bothered with swimming costumes and this was causing "an inconvenience" to the ladies of the town. Amidst protests that learning to swim was a good thing, especially when surrounded by water, the Commissioners decided to ban swimming after 8.00 in the morning.
Posted by The Fonds at 08:00 No comments: 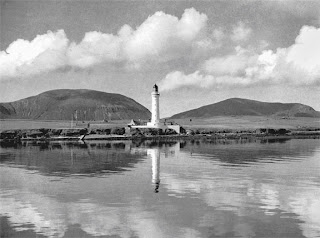 Hoy High lighthouse is the grander looking structure of the two lights on Graemsay. Its tall white tower, rising to 108 feet (32.9 metres) is still a much-loved landmark for travellers to and from Orkney. Hoy Low was automated in 1966 and Hoy High in 1978.
Posted by The Fonds at 12:21 No comments:

Today is the opening of the 21st Orkney International Science Festival. For the next week Orkney will become the place to be for those with enquiring minds.

One event that caught our eye takes place in the Pier Arts Centre on Saturday morning when they will be talking about and showing several short films by Orcadian film maker Margaret Tait. We hold Margaret Tait's written archive (Ref. D97) which contains a wealth of material, including film scripts, letters, business records and much more. 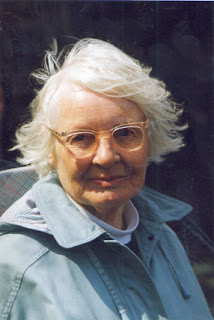 One of Britain's most individual artist film makers, Margaret produced over 30 films in 46 years, including one feature length film, Blue Black Permanent, in 1992. In addition she wrote and published 3 books of poetry.