As promised here are a few of the items we have used in our exhibition:


There has been great activity in Naval and Military circles in Orkney for over a week, and whilst it is not yet advisable to go into details, it may be of interest to state that so long ago as Wednesday of last week special service sections of the Orkney Artillery were called out and sent to their appointed stations. On Sunday the remainder of the force was mobilised, and further detachments at once sent forward to certain points which are understood to be of strategic value. The remainder of the men were allowed to proceed home but had instructions to hold themselves in readiness for an immediate call. The orders to mobilise came on Monday evening and all night long the men from the out-stations were arriving at headquarters, where the Kirkwall companies had already reported for duty. The calling out of the Orkney Artillery at such an early stage in the crisis created great excitement in Orkney, especially in view of the fact that at one time it was decided to disband the corps, and it was only with great exertion on the part of those concerned that this was averted.
The Orcadian, 8 August 1914


In Scapa Bay construction work was ongoing as, on 13 August 1914, less than two weeks into the First World War Admiral Jellicoe requested that anti submarine patrols by seaplane be flown in defence of the fleet in .  As a result a seaplane base was quickly constructed at the head of . 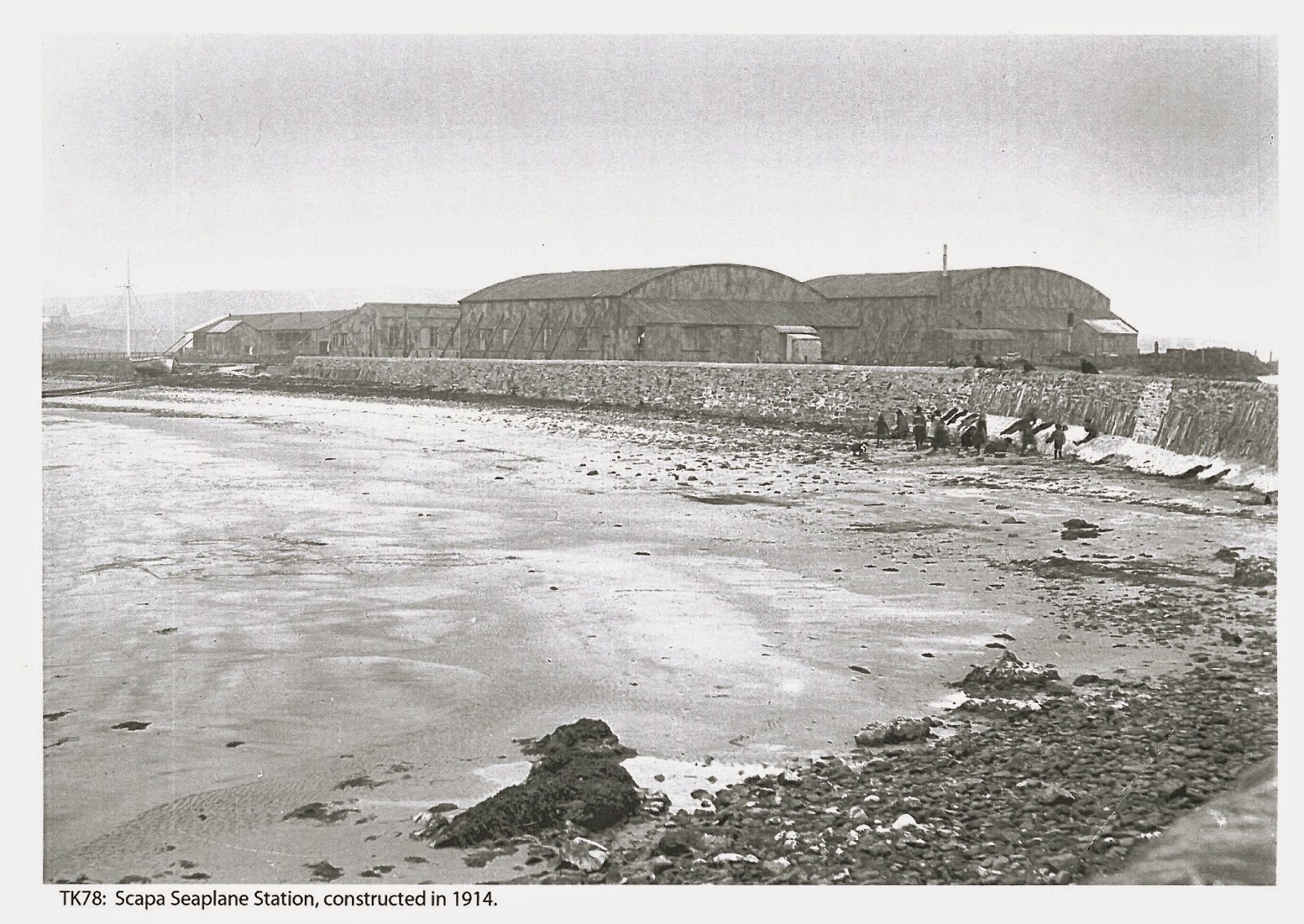 The canvas covered hangars used were, however, no match for the winter gales which often blow in Orkney and a more sheltered site was found at in the parish of Orphir. 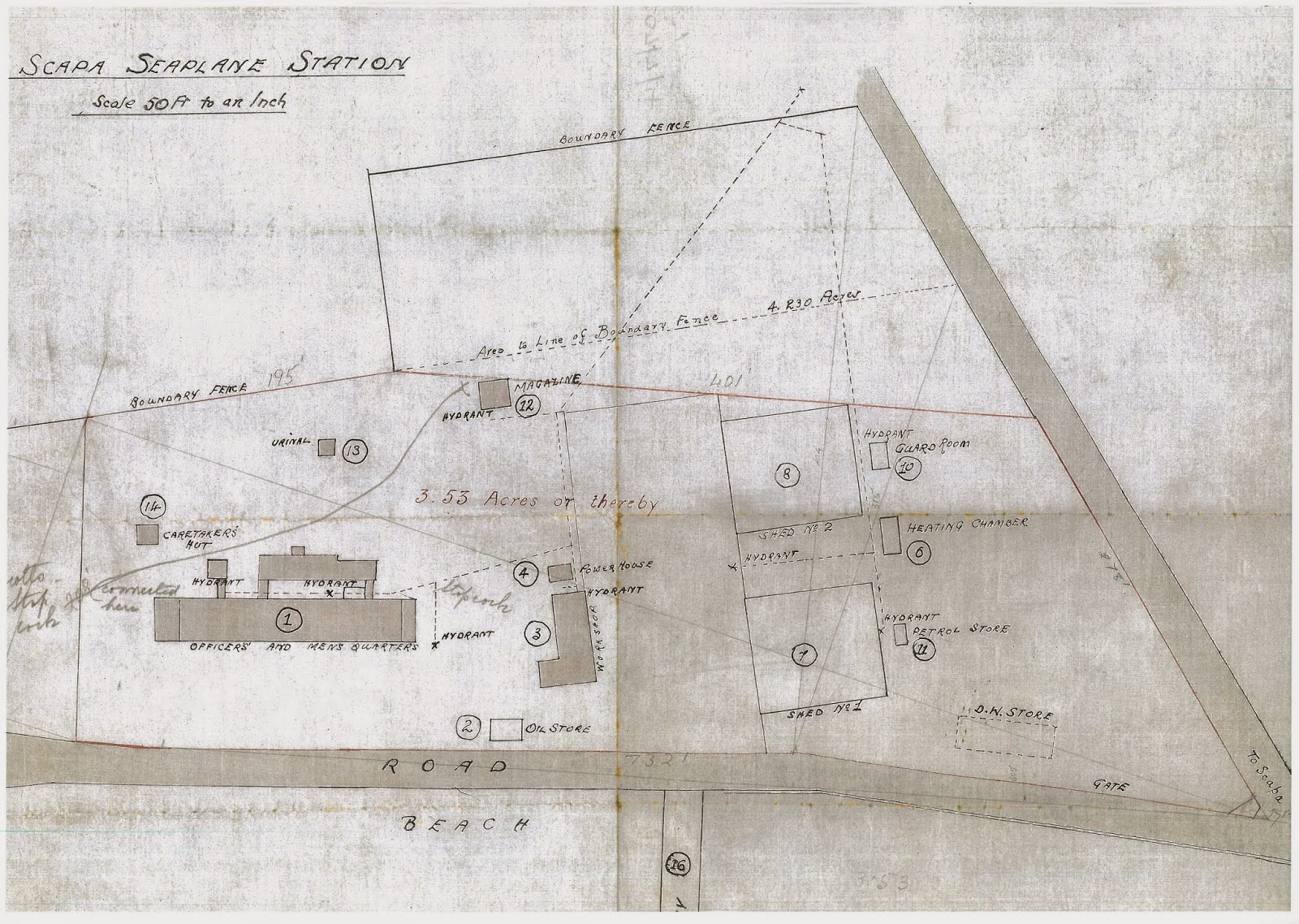 Our current exhibitions chart Orkney's experience of WW1 at home through the use of official documents, letters home, newspaper articles, diaries and photographs. We have three so far, each covering three months of the war.

Click on the label "Orkney at War" below to see more blog posts on this subject.
Posted by Dusty at 11:03 2 comments:

We are pretty good to our customers really. While the rest of the county is drunk and 'tasting' cakes in Bignold park, we valiantly maintain our posts at the archive desk just in case someone gets tired of a field full of home-brew, home-bakes and waltzers.

It is County Show day again in Orkney and, whilst we would normally be crying into our documents because we're not eating a cake next to a pony, we feel slightly less short-changed today. Because it is raining. Lots. 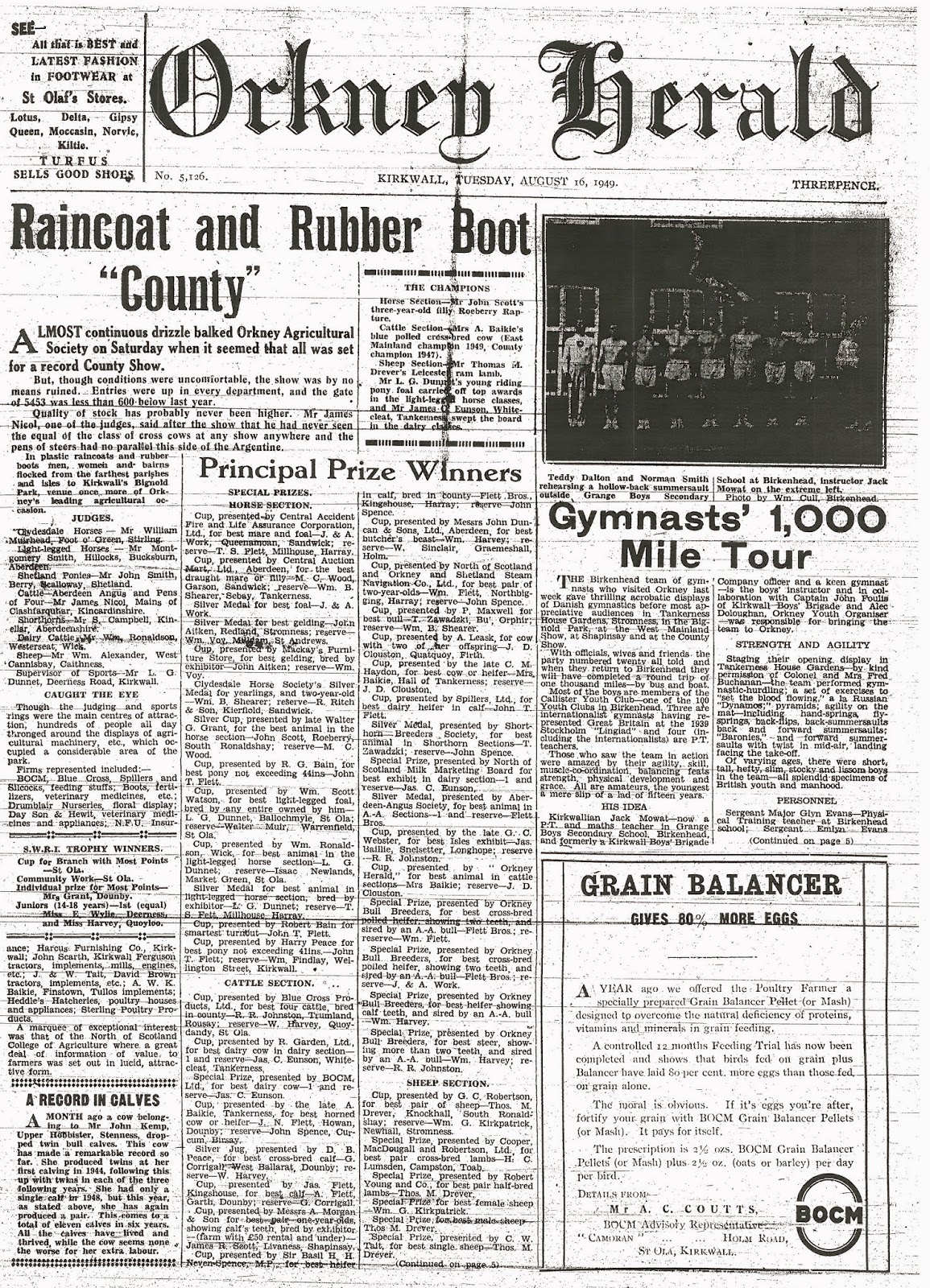 Psssst, winter is coming...
Posted by Archiver at 16:05 No comments:

We have a new exhibition!

"Orkney at War: August - October 1914" is the first in a series of new exhibitions in the Orkney Archive to commemorate WW1. This one concentrates on the first three months and the impact war had on these islands. We show extracts from three war diaries from very different perspectives, an article on the history of the postal service, emergency town council minutes on finding extra hospital accommodation, a plan of a hastily built seaplane station at Scapa, reports from the Orcadian newspaper on the war at home and abroad, and many more archive items.

This exhibition is available to see during Archive opening hours
(http://www.orkneylibrary.org.uk/html/archiveopening.htm) 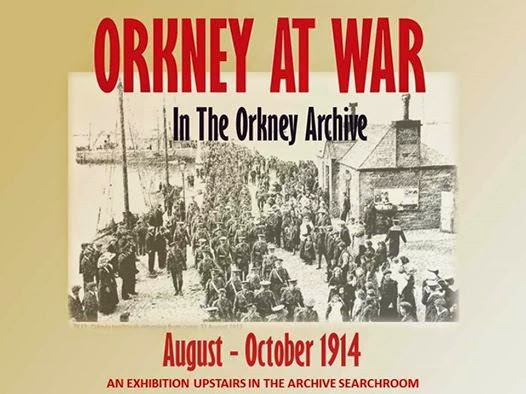 For those of you who can't visit the exhibition I'll be sharing some of the documents used over the next few months.
Posted by Dusty at 21:54 1 comment: