"One of the most violent tornadoes in Kirkwall ever remembered, which continued without intermission from sun-set (about three o'clock) the whole night."

"Many boats were also damaged, and some driven to sea"

"Several houses were partly unroofed, peat stacks and cot houses thrown down, and the weather-cock of St Magnus Cathedral blown into the steeple, although it weighed two stone of copper."

These are not quotes about yesterday's Storm Gertrude, but they are actually from an article in the Edinburgh Evening Courant dated 24th January 1803! One of three editions purchased by the Orkney Archive in 1994.

The article goes on to say:

"During this hurricane, a ship was wrecked in the island of Papa Stronsay, name unknown, Capt. Christian Faralson Leyre; crew saved, but the vessel and part of the cargo damaged.

From the 1st of January to the 11th it blew constantly strong gales of wind from the S.E. attended with rain, snow and sleet, during which the sun never made its appearance.

The ship Daedalus, from the east country for Dublin, J MALLET master, is totally wrecked in the village of Dearness; cargo greatly damaged - Four of the crew drowned, two of them mates, and brothers. One of these poor fellows got ashore, and as his brother was climbing up the rock after him, a huge wave pulled him back into the sea; the survivor swam in to his assistance, and both perished in each other's arms.

A large sloop, miserably wrecked, from its shattered appearance, without any cargo or person on board was driven on shore on the Wart Holm. Two sailors, supposed to have come in with this wreck, were found dead in this uninhabited island, owing to cold and hunger."

Wart Holm is a tiny island off the south west tip of Westray. This image is from Ordnance Survey sheet no. LXXIX, dated 1903. 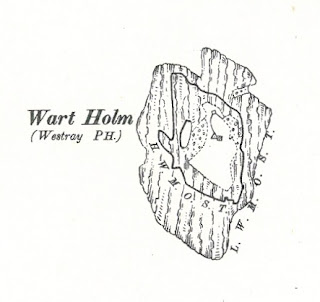 More sad news:
"A brig, in the same unhappy situation, and not a single person on board, has come ashore on the island of Stronsay.

A sloop, said to belong to Caithness, is drove ashore at Lopness, in the island of Sanday.

A foreign ship, totally unknown, has come ashore in numerous splinters on the north sands of Quayness, in the island of Sanday, without any living person on board, or any bodies to be seen. Her cargo is drifting to all quarters, but exertions are making to preserve as much as possible, by the Admiral, for the benefit of all concerned." 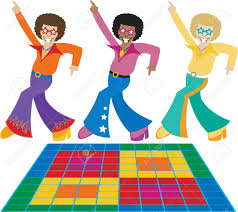 From Thursday 28th January 2016 the Archive (and Library) will be staying open until 9 o'clock! At night! That allows for 4 hours of research time - after 5pm! Before you begin your celebratory dance, please note this is a trial change for 6 months on 1 day per month, i.e. the last Thursday of the month. 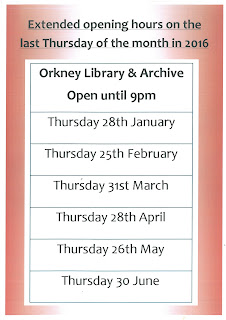 Ok, you now have permission to sharpen your pencils, pack your satchel and dance like you just don't care...
Posted by Dusty at 12:53 No comments: