We love It's A Wonderful Life here at Orkney Library and Archive, don't get us wrong, but there is one scene in particular which irks us a little:


Yes, we are all spinsters, yes, we all wear spectacles and yes we dress like our grans but no librarian or archivist would ever, ever break into a run.
Posted by Archiver at 09:00 4 comments:

Come Back Sun! (Whatever we did or said, we're SORRY!)

The only way to describe the weather in Kirkwall today is the noise "UUUUUUUUURRRRRRGGGGHHHH!"

How wet, how cold, how windy, and dark. Not even the reappearance of our flock of waxwings outside the window can lift our soggy, water-logged hearts.

Thank goodness for Stromness library's wonderful advent calendar then which has been filling our days with cosy, Christmas cheer and reminding us of classic children's serials such as The Box Of Delights and The Children of Greene Knowe.

We therefore humbly remind you dear readers of the1988 BBC adaptation of The Lion the Witch and the Wardrobe which is the final member of the holy trinity of Children's Christmas shows.


We don't have anything to do with this C. S. Lewis classic in the archive but we do have the screenplay of Margaret Tait and Peter Hollander's documentary of Perugia entitled The Lion, The Griffin and The Kangaroo as well as some lovely snapshots taken by Margaret Tait when she was living in Italy. 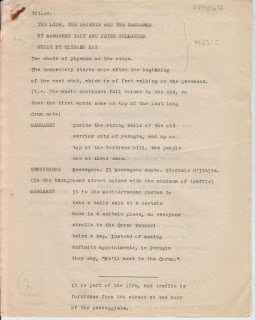 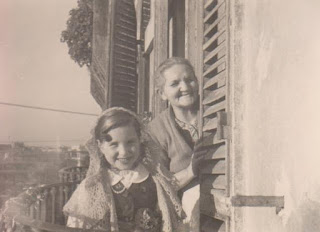 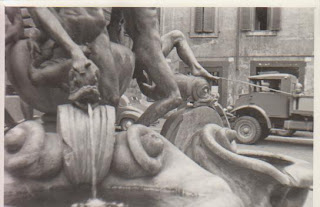 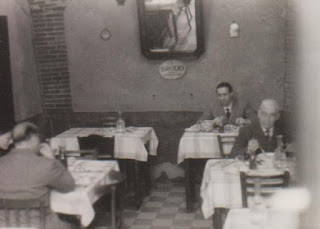 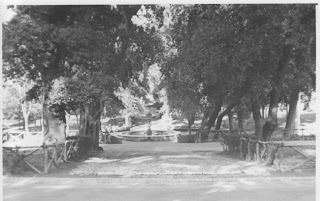 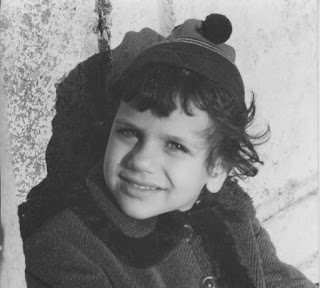 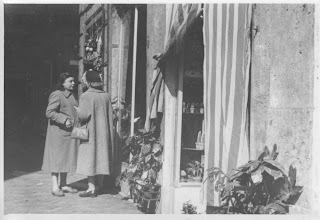 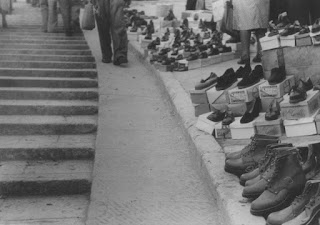 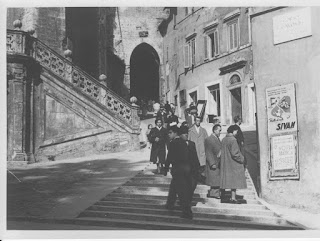 Get Het Up About Hetty...

If you have time, take a look at this wonderful blog by Highland Archives Service. It is called Caithness At War and tells the story of WW2 in real time, starting from August 1939 this past August and, presumably,  continuing into 1940 when the new year arrives.

The weekly articles are illustrated by newspaper clippings and several excerpts from Henrietta 'Hetty' Munro's war time diary which we also hold here at the Orkney Archive. Have a look, do! Do! Go on! Do!
Posted by Archiver at 18:40 2 comments: 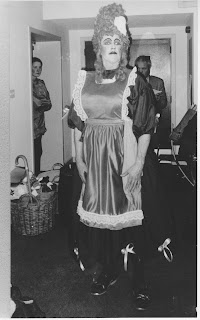 'I'm writing a blog about Pantomimes!' said Dusty brightly as I entered the archives.

Dusty stared at me coldly. 'You were supposed to say "Oh no you're not, ' " she said quietly.

Later that day Dusty couldn't find her favourite feather duster (the pink one). 'Where is? Where is it?' she kept saying whilst dramatically 'looking' for it.

I found this strange as it was very obviously protruding from the back of her chair. 'I... I think it's maybe on your seat,' I offered, disturbed by her maniacal zeal.

Dusty promptly snatched the duster, sat down and turned to her work. That was a week ago and I've not had a word since. I thought I heard a low 'hsssssss' though and once, a very quiet 'booooooooooooooooo....' 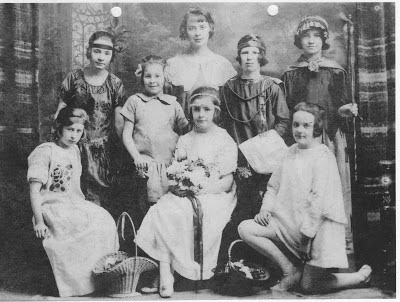 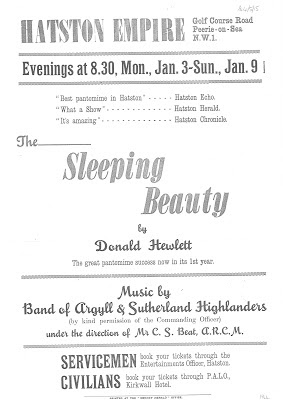 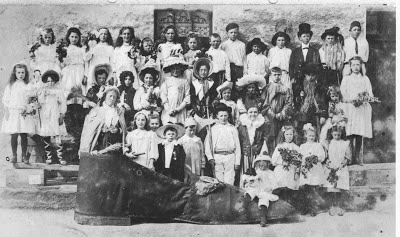 The South Ronaldsay Dramatic Society's 1910 production of 'The Old Woman Who Lived In A Shoe.' 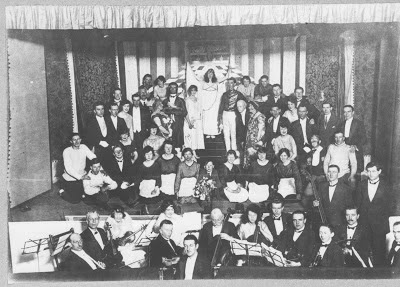 The Cast of Panto-revue 'Cinderella or Phew It's Warm.' 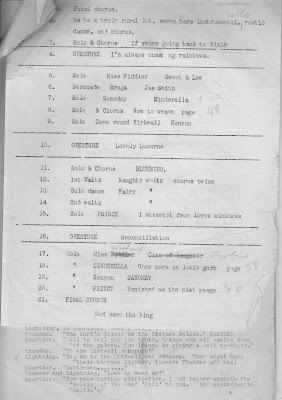 Ref D1/117/1: Script for "Cinderella - a pantomime in four acts", performed by the Red Triangle Club, Y.M.C.A., .Kirkwall. Found in a darkroom in Kirkwall library and transferred to the archives.


(The lovely dame up top is taken from the cast photos of Orphir's 1999 panto Snow White.)
Posted by Archiver at 16:42 No comments: