The 9th instalment of our Orkney at War Exhibition is now available to see in the Archive corridor upstairs in Orkney Library & Archive. The display attempts to show how Orkney and Orcadians were affected by the war, using items from the Archive collections which were created at the time. Items such as newspaper reports, scrapbooks, council minutes, photographs, letters and diaries.

Visit by Commander in Chief.
On 1st August 1916 Admiral Jellicoe, Commander in Chief, his wife Gwendoline and her sister Freda Cayzer all signed the visitor's book of the YMCA in Longhope
﻿
"Long Hope Bay during the war was the headquarters of the auxiliaries of the Grand Fleet, and never in its history were so many vessels of such varied types assembled in the harbour. The village of Long Hope, where there is a good pier, naturally became much frequented by officers and men from the ships, and eventually a commodious Y.M.C.A. was erected, which did much useful work. Tea on the beach was always a pleasant change from ship life (and tinned milk!) and the Post Office at Long Hope became a favourite rendezvous for informal tea-parties."
Extract from Scapa and a Camera by C W Burrows, p51 (Orkney Room reference 941.09 Y)

Water Levels Running Low
"At a Meeting of the Provost, Magistrates and Councillors of the Burgh of Stromness held in the town Clerk's office on Tuesday 8th August 1916 at 10.30am, the Council instructed that a letter should be sent to the Competent Naval Authority here asking him to draw less water for Naval purposes as the supply is running low."

"The Burgh Surveyor was asked to report to Mr Setchell, Superintending Engineer to the Admiralty, on Saturday of each week, the depth of water in the reservoir."

1st September 1916 "Jim has got married and Maggie is in Aberdeen too. Jennie is in the house and I have had a lovely time in the shop myself. Got a bit of wood carved out of the Hampshire boat from a fleet man. It is meant for a brooch and cut heart shape."

Why the Germans Loathe Kirkwall
In the August London, Percival A. Hislam contributes an article on the British blockade in which the following passage occurs:- "The general practice is this: if a ship smells clean - that is to say if her papers and a brief examination of her cargo reveal nothing suspicious, she is allowed to proceed, but at the merest scent of something wrong the examination party flutter a farewell signal to their parent ship and proceed to take the suspicious trader into Kirkwall.
Now there are few places on earth whose name is more offensive to German ears than Kirkwall, a little town of four thousand inhabitants buried away up in the Orkneys, nor is the reason far to seek.
Just as Folkstone is the principal customs barrier for people coming up to England from the continent, so is Kirkwall a sort of filter through which almost everything must pass that seeks to enter Northern Europe by sea. Because such vast quantities of stuff destined for Germany have been diverted at Kirkwall to other destinations the Germans loathe it. The call it our Police Bureau." published in the Orcadian newspaper on the 1st September 1916.

Orcadians with the Colours

Margaret Tait's Diary
Sunday 17th September 1916 "Rainy and cold. been in the house all day resting. Last night I was up the Willow Road to see Mrs Leask. Coming home at night everything looked so gloomy with every window covered with black blinds. Also all the shops have to be blinded with DR blinds so you can't see the least glimmer of light. It looks as though the town is deserted or as if everyone was dead with not even the street lamps lighted. We will have it proper dark this winter."

Kitchener Memorial Decision
"At a meeting of the Kirkwall Town Council held on the 20th September:

The Provost intimated the Public meeting held in the Town Hall on the 7th inst. had unanimously decided that the Orkney Memorial to Lord Kitchener should be a massive tower on Marwick Head, Birsay, any surplus funds going to the National Memorial Fund and that the original suggestion by the Council of a Memorial Window in St. Magnus Cathedral had been abandoned."

The Collection of Sphagnam Moss for Wound Dressings
"It will be remembered that Provost Baikie, in response to an appeal from Aberdeen for sphagnum moss, took up the matter in Orkney and succeeded in enlisting the sympathy of many ladies and gentlemen in the county in the work. Quite a number of sacks of moss were gathered by ladies in town and country, whilst the Kirkwall Boys Brigade, the Scouts, the Girl Guides and the scholars of Holm East and West schools, Tankerness, St Andrews, Orphir, Firth, Stenness, Dounby, Rendall, Sourin, Rousay and Skelwick, Westray, all contributed large quantities. Some ninety-seven sacks of dried moss have already been despatched to Aberdeen and there are sixty-seven sacks of moss still being dried in Kirkwall. It is expected the Boys' Brigade, the Boy Scouts and the Girl Guides of Kirkwall will still make a collection before the season closes so that the contribution from Orkney will be considerable." Published in the Orcadian 21st October 1916

Our Roll of Honour - Flotta's Wounded and Missing Soldiers 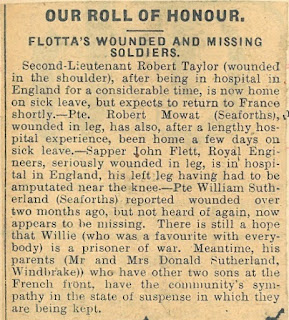 "Second-Lieutenant Robert Taylor (wounded in the shoulder), after being in hospital in England for a considerable time, is now home on sick leave, but expects to return to France shortly. Private Robert Mowat (Seaforths), wounded in leg, has also, after a lengthy hospital experience, been home a few days on sick leave. Sapper John Flett, Royal Engineers, seriously wounded in leg, is in hospital in England, his left leg having been amputated near the knee. Private William Sutherland (Seaforths) reported wounded over two months ago, but not heard of again, now appears to be missing. There is still a hope that Willie (who was a favourite with everybody) is a prisoner of war. Meantime his parents (Mr and Mrs Donald Sutherland, Windbrake) who have other two sons at the French front, have the community's sympathy in the state of suspense in which they are being kept." Date of publication in newspaper is unknown but roughly Aug-Dec 1916. Cutting from John Fraser's Scrapbook ( Archive Reference D1/692)

It is now almost 100 years ago since "The Bluejacket Boy" wrote his letter in December 1916.  We now know him as David "Dai" Phillips, a seaman stationed in Orkney who wrote a letter and then left it on a fireplace in a house in Bridge Street, Kirkwall to post later. 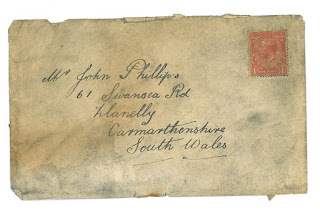 The letter was never posted and was forgotten about for 64 years! During a refurbishment in 1980 it was found down the back of the fireplace. From 1980  it was kept as a piece of WW1 memorabilia until Oct 2013 when the letter was handed in to the Orkney Archive. Through this blog with the wonderful help of our followers from all over the world, we were able to solve the mystery of who he was.
But it wasn't until February 2014 that one researcher spotted a marriage of Catherine Johnston to David Phillips on a Canadian genealogy website and from that connection we were able to contact the Bluejacket Boy's grand-daughter. She has now received a copy of the letter now written almost 100 years ago.
The letter talks about his time in Orkney, the fishing methods of locals possibly in Stromness this little place up here is exactly the same as...small fishing villages in the pictures and about all the parcels  of clothes, etc. he has exchanged with his family. (Archive Reference: D1/1124)

The 7th, 8th, 9th, 10th, 11th  and 12th instalments are displayed in various locations around the building and the 1st, 2nd, 3rd, 4th, 5th, 6th and 7th instalments, including a special feature of the sinking of HMS Hampshire, are available to see in a folder in the Archive Searchroom. Click on "Orkney At War" in the labels to see more blog posts on this subject.

It's a bit blowy the day.

Autumn has definitely arrived in Orkney today with wild winds and not quite horizontal rain. From now on our weather will become more and more unpredictable as winter approaches.

In this digital age, we can always check our smart phones for the next day's forecast. But if by some random chance your mobile has been snatched from your hands by a mini vortex and carried through the air to the nearest roof, here are a few old sayings collected by Ernest Marwick to keep you going:


"If the stars start dancing, the winds come prancing"


Archiver: It was the occasion of our 7th online birthday on September the 3rd and we did nothing to celebrate!

Archiver: ...(hastily) I meant an online celebration that our dear readers could enjoy.

Archiver: Indeed. And maybe that plan that shows how close the Peedie Sea used to be to Broad Street? 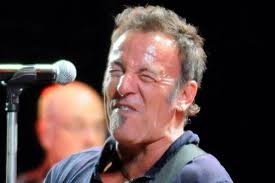 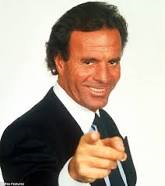 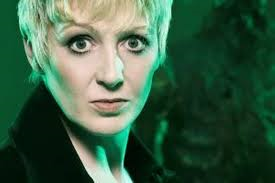 And thus, dear readers you find both Dusty and myself clad in our white vests, bandanas and blue jeans alternating between straddling the archive front desk to treat the customers to our best Bruce Springsteen 'guitar faces' and gently crooning to them Julio Eglasias-style as they (quite irritably, actually) get on with their work. Happy birthday 'The Boss!' Happy Birthday Julio!


Later on, we hope to put the fear of God into them by making spooky noises in the attic or leaping out of the map chests at them (in honour of birthday girl, Most Haunted's Yvette Fielding) and then reading them a lovely, calming story to soothe their poor nerves in the manner of Floella Benjamin who will also be celebrating today.


That is the plan anyway. And here is another plan: 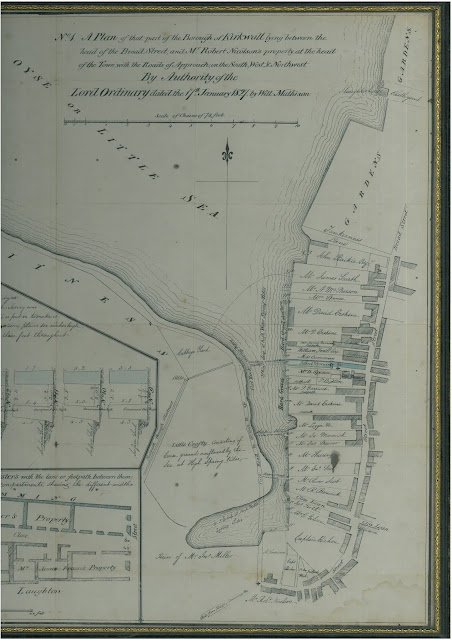 As you can see, the library and archive building stands on reclaimed ground as the Peedie Sea's boundary used to be at the end of the gardens of Broad Street.

This plan dates from 1827 and you can see in the plan below that it had been this way since at least 1766:

Thanks for the Support

Wednesday is our cataloguing day, so yesterday I went to the new deposit box as usual and found this: 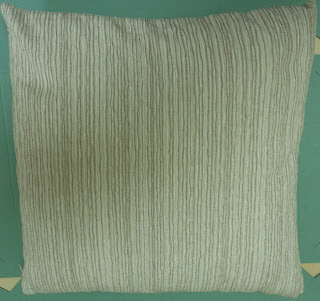 A cushion. Not a usual deposit. But oh so useful to Archivists. 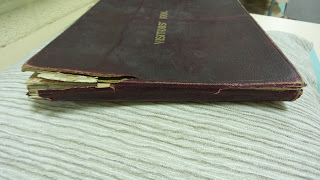 are beautifully supported by cushions. 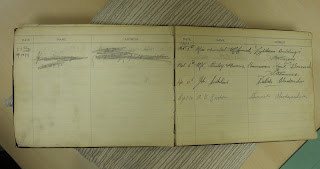 So to our generous depositor I say "Thanks for the Support!"
Posted by Dusty at 09:00 2 comments: 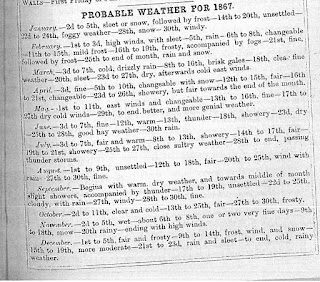 ... and secondly, an early marriage contract, or what we may call a pre-nup from around the same time: 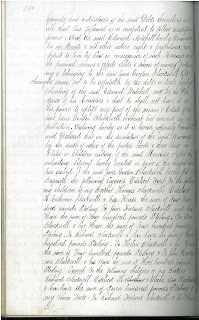 ... Jane Blackwell Gordon used this document to protect her assets when planning to marry Dr Edward Mitchell. Her money and property would otherwise have become her husband's upon marriage. Therefore, Dr Mitchell had to 'renounce' his rights to Jane's possessions.


This legal protection was only available to wealthy women. Most married women lost the rights to all property including their children until the married women's property act of 1870. For more information see here.