Update on The Mystery of the Blue Jacket Boy....are we there yet? 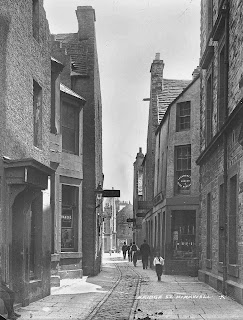 ﻿﻿
﻿﻿ Apologies for the lengthy break in blogging but we were just too full of Christmas pies and busy playing with our new lego sets to manage until now.

Today is, of course, Burn's night and I informed Dusty that I intended to celebrate this by posting verses by Colonel Thomas Traill the 1st of Holland (1618 - 1648) which many believe to have been an inspiration for 'My Love is Like A Red, Red Rose'.

This was risky as Dusty has been in a deeply committed, albeit posthumous, relationship with Rabbie since the early 90s. "It's a rumour", she said sternly. "There's NO proof that Traill's was the original! Robert travelled a lot, he could have heard it anywhere"

Proof schmoof. It's a nice version.
Posted by Archiver at 15:53 1 comment: