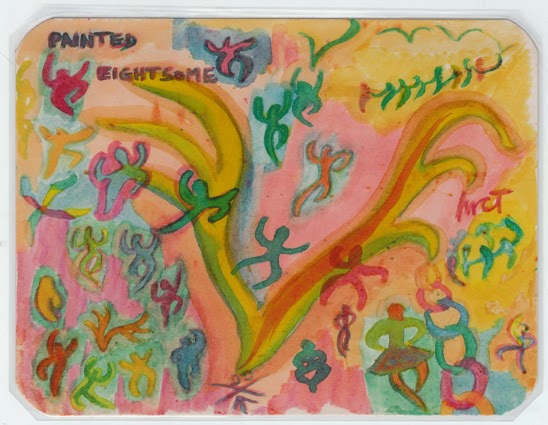 The delightful image above is taken from the Margaret Tait collection and is a painting of her wonderful eightsome reel figures which feature in the animated film Painted Eightsome which can be seen here.


We also found the fiddled-diddledy figure's genesis in one of her notebooks: 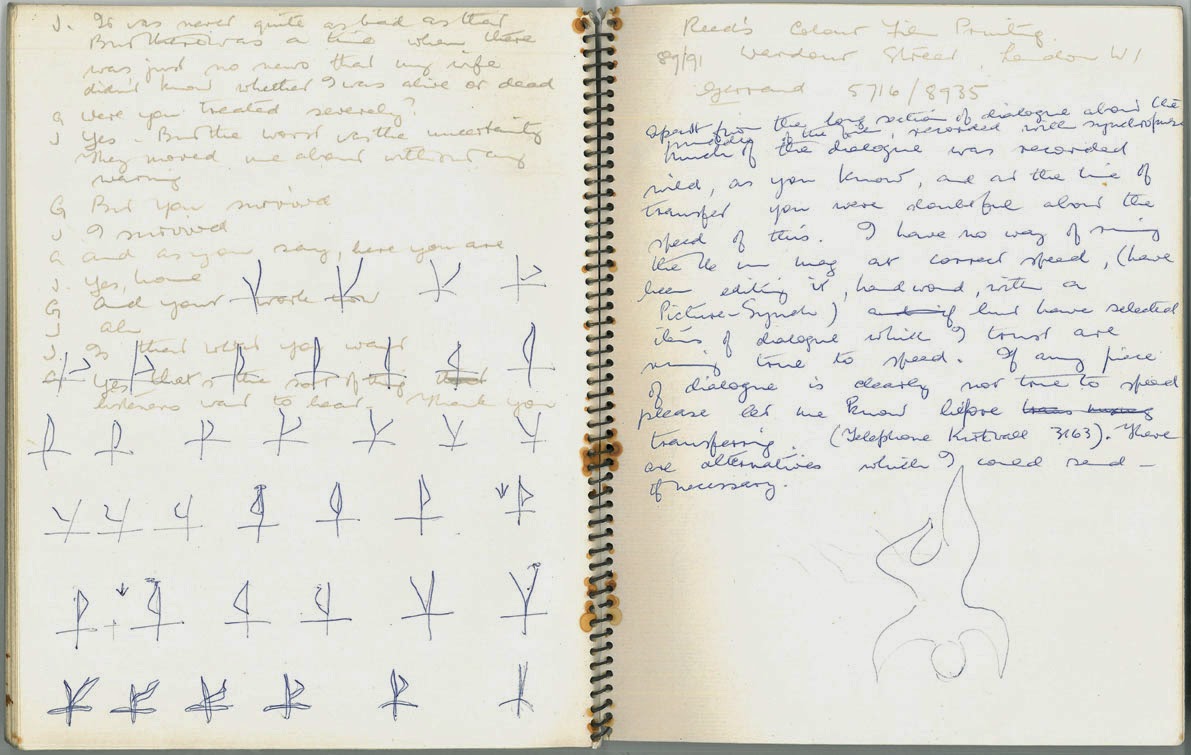 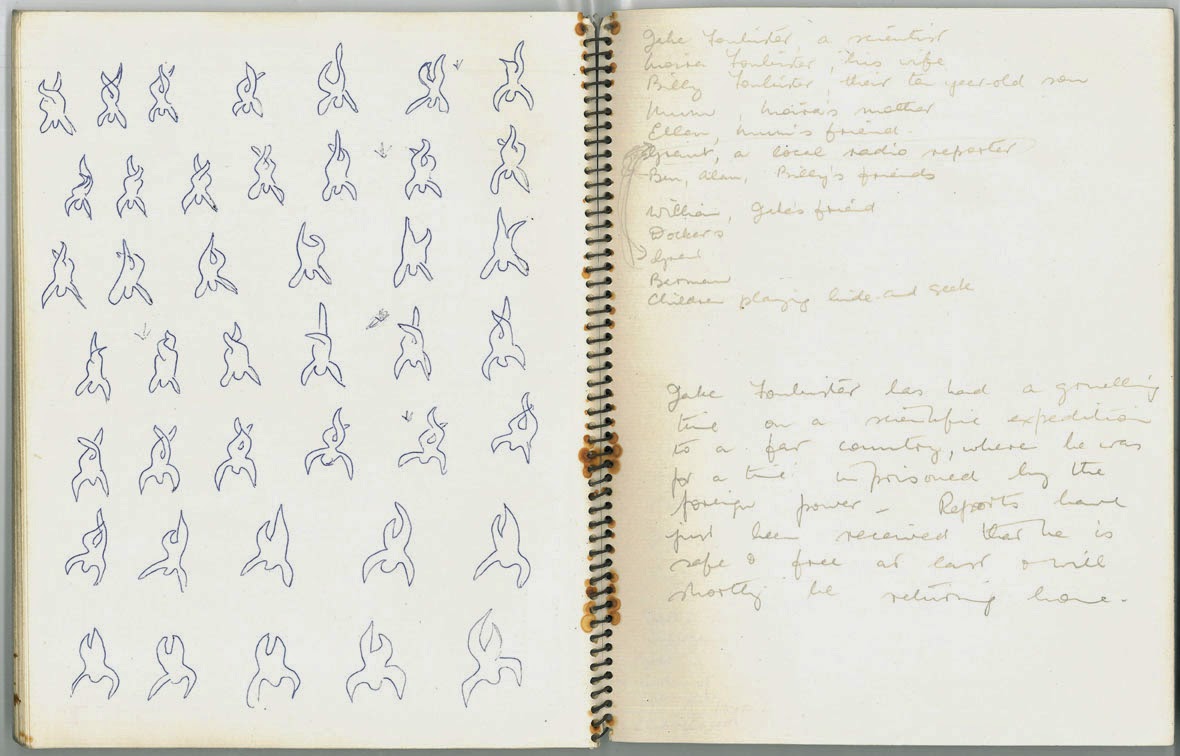 If you like the film then pop along to the Pier Arts Centre before the 7th of June. Their current exhibition Living Colour celebrates the animation work of several artists including Margaret Tait and a number of films shall be screened.

Supporting material from the Orkney Archive including copies of Margaret Tait's watercolour sketches plus correspondence about her film making are also part of the exhibition.

If you are not in Orkney, or shall not make it to the exhibition, then you can take a look at one of the films being shown here:

We're currently preparing to commemorate the centenary of the outbreak of the First World War in August 1914 as, I'm sure, lots of other archives are doing. We're fortunate to have a number of first hand accounts in the Archive, written and told by men posted both here in Orkney as well some of those sent to the Western Front.


Time has, of course, moved on and there are no survivors of the Great War still alive to tell their stories themselves but, thanks to Orkney Sound Archive, we can still listen to them.


One account held in the Sound Archive is an interview, recorded in 1985, with William Spence, from the island of Stronsay, who served with the Machine Gun Corp. You can listen here to a short edited clip from the recording in which William talks about his involvement in the start of the third battle of Ypres on 31 July 1917.

Email ThisBlogThis!Share to TwitterShare to FacebookShare to Pinterest
Labels: Orkney At War

Norwegian Constitution Day is celebrated in Orkney on the 17th May. 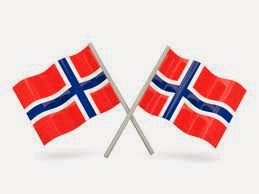 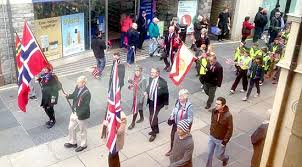 Every year there is a grand procession or tog through the streets of Kirkwall towards the cathedral. For more information visit the webpage of the Orkney Norway Friendship Association here

As a wee tribute we thought we'd look out a few archives which show the relationship of these two countries over the years.

The Orkney Room is home to our local studies collection where we have many copies of the Orkneyinga Saga - the history of the Norse Earls in Orkney.

The Norse Earls ruled over Orkney and Shetland until 1468 when they were mortgaged to Scotland as part of the marriage contract between James III and Princess Margaret, daughter of Christian I King of Denmark, Norway and Sweden.

Here is an extract from the original document:

We have a digital print copy of the original Contract of 1468 here in the Orkney Archive and there is an extract transcription in Records of the Earldom of Orkney edited by J Storer Clouston and published in 1914 on p55-57.

In the Proceedings of the Orkney Antiquarian Society there a list of the Burgesses from Orkney in Bergen from 1558-1745, here is a short extract:

In 1729 we have papers relating to a voyage to Norway by John Fea with bere and meal and "black stuff" in the James of Burntisland.

In 1883 we have a short account of a cruise to the Western Isles, Orkney, Norway and Denmark on the Pembroke Castle with passengers including the Prime Minister W E Gladstone and his poet laureate Alfred Tennyson, whose son Hallam kept a journal.
At Kirkwall "The illustrious pair were feted in beautiful weather through narrow-winding streets by throngs of people in holiday mood" They then decided to cross the sea and visit Norway. The account states: "Gladstone wrote to Queen Victoria apologising for not asking royal permission to visit a foreign country. She was not amused and later delivered him a sharp rebuke..."
"They reached Christiansand on Saturday 'before luncheon' and trekked on horseback to the Torridal waterfall. Gladstone thought the Norwegians 'a most courteous and apparently happy people'"


In 1960-62 Ernest Marwick corresponded with Eilert Lund from Bergen about placenames common to Norway and Orkney. A short extract from one of Eilert's letters is shown here:

And in 1968 Orkney held a Quincentenary Conference when delegates from Orkney, Scotland and Scandinavia attended to discuss the Contract and the 500 years of history since then. These are just a few of the many hundreds of references we have regarding Norway in the Orkney Archive.