Orkney Library is the oldest public library in Scotland.

In 1683, William Baikie bequeathed his library of over 150 books to the "Publeck Liberarie of Kirkwall" which, as former head librarian David Tinch says in his publication The Orkney Library 1683 - 1983, suggests that a public library already existed in Kirkwall. However, we are satisfied to date our inception from this year.

The Rev. James Wallace, Minister of Kirkwall, kept the library at his home for a while before transferring the tomes to St Magnus Cathedral, which were moved again to the new Tolbooth in 1740.

This collection of mainly theological publications was added to in 1815 when several subscribers decided to establish 'The Orkney Library' which was officially to be for the use of subscribers only, but often lent books to those who were not, including visitors to Orkney.

In 1889, the man who makes an appearance in many library histories, philanthropist Andrew Carnegie, made a large donation to Kirkwall library and the next year, the 1850 Public Libraries Act was adopted and Kirkwall now had a Free Library to be used by all.


Andrew Carnegie added further to his generosity in 1903, with £1,500 gifted towards a dedicated Library building. It took some time to decide upon a site for the new library. Properties on Castle Street, West Castle Street, Palace Road, King Street and various properties on Broad Street were considered but all rejected. One scheme proposed a widening of the Broad Street entrance to Victoria Street so that the new building could open onto both roads. A Junction Road location, very close to the present library location, was also considered. Finally, in 1909, a new Carnegie Library built with Walliwall stone stood in Laing Street. 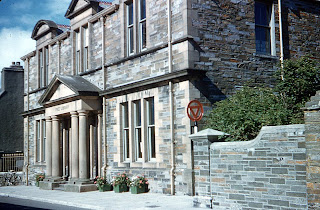 Carnegie made a visit to Kirkwall in September 1909 when he opened the new library, received the freedom of the burgh of Kirkwall and presented awards to the Phareymen who had rescued the crew of the trawler Hope which had been wrecked in December 1908. 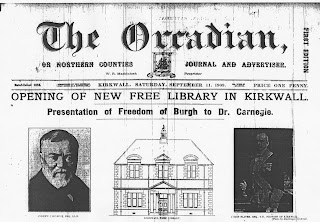 Borrowing again from The Orkney Library 1683 - 1983; 'It was with the appointment of Mr. Evan MacGillivray that the library service in Orkney, as we now know it, really began.' MacGillivrary was responsible for the Family Book Service which consisted of a regular delivery to households of a selection of books that had been made by the library staff in accordance to request forms which could specify particular books or just a preferred genre. The service began in 1954 and was very well received. 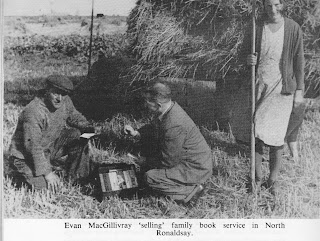 The outer islands are now served by the Mobile Library service which began in 1963, but the drivers still pay individual calls to those who find it difficult to come and meet the van. We also have a Home Library Service which works in the same way as the old Family Boxes and is available to library members on Mainland Orkney. 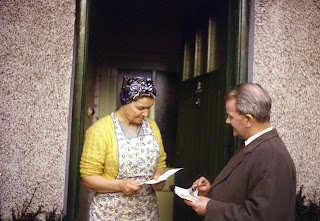 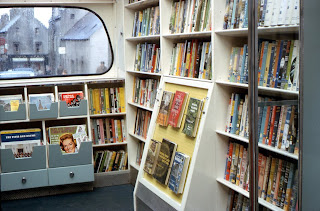 In 1973 and 1974 respectively, the school libraries in Stromness Academy and Kirkwall Grammar became part of the family and, in 1973, Murdo MacDonald set up a separate archives department which was taken over by archivist Alison Fraser in 1975.


Alison built the collection up from the a small number of antiquarian papers to four strongrooms and a search room which heave with Church records, Local Authority Records, Sheriff Court papers, Estate Collections, Maps, Census material, and a huge number of personal contributions from members of the public. She retired in 2010 after 35 years of service.

We also have a photographic archive which began with the donation of about six thousand glass negatives of images by Orcadian photographer Tom Kent and now runs to over 60,000 photographs ranging from the 1870s to the present day. In 1986 a dedicated photographic archivist, David Mackie arrived and he was soon joined by technician Colin Rendall. David succeeded Alison as Principal Archivist in 2010.

The Laing Street building, although beautiful, gradually became too small for the Orkney Library and Archive's ever-expanding collection of books, photographs, sound archives and bio-diversity collections. A new library building was built on Junction Road on the site of the old Mart and opened in December 2003. 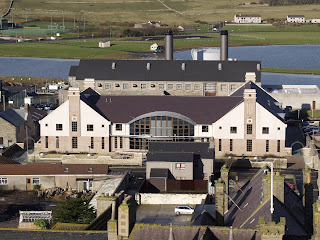