Yoo-hoo! We have a new exhibition! 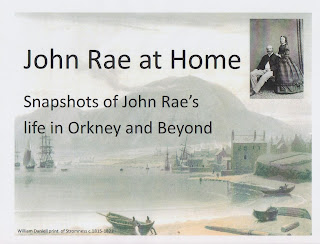 Don't you ever tire of hearing about all the thrilling Canadian Arctic adventuring that John Rae did, all the tediously competent, heroic journeys, facility with the Inuit people and culture and his eventual discovery of what really happened to Franklin and his men, blah, blah, blah?

Us too. You won't find any of that rubbish here, it's all about Rae's childhood, life in Britain, relationship with his neighbours and information on his parents.

We've put together the display to lead up to the John Rae 200 conference at the end of September in Stromness. Click on the link for more details about the conference.

Our display shows a little bit of John Rae's life in Orkney and Canada through his personal letters and some articles written about him.

We're very lucky to have a few letters written by John Rae to David Balfour in our Balfour Papers, archive collection reference D2. In 1852 John Rae had returned from his third arctic expedition and was staying with his mother in The Haven in Stromness. One example written on 11th Aug 1852 from his home in Stromness says, "I fear that you may think that I take a great liberty in requesting you to allow me a few days shooting on your moors above Clestrain, being desirous to take a look over ground on which I had poached sometimes when a boy." 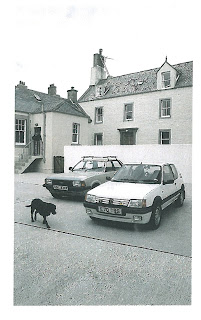 On returning from Hudsons Bay to Stromness in 1854, after discovering the fate of the Franklin Expedition, he wrote to Mr Barrow regarding the reward of £10,000 and said, "Although every one with whom I converse on the subject, or rather who gives me then his opinion......seems to think that I am entitled to the award, yet I am not very sanguin of success and will not be very much disappointed if I do not get it. It is however a matter of so much importance to a poor man like myself and I trust My Lords of the Admiralty will decide either one way or other very soon as my future arrangement for life depend much upon their decision." 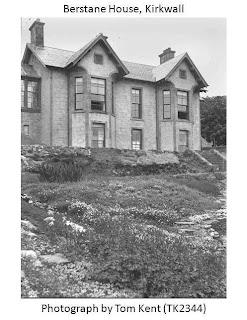 Retired and living in Berstane House in Kirkwall in 1866, John Rae wrote to his friend David Balfour inviting him to dinner, "I expect a wild turkey and some other game from Canada by the steamer which may or may not arrive and may or may not be eatable when it does". Strangely Mr Balfour does agree to have dinner with him... 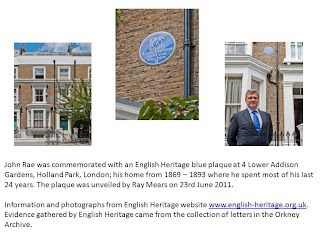 By 30th Jan 1882, John Rae is living in London, but he still keeps up with goings on in Orkney as he writes, "I see by the papers that there has been great doings at your ancient borough [Kirkwall] in receiving Royalty" The royalty being Alfred, Duke of Edinburgh who toured Scotland in 1881.

In 1893 John Rae died in London and his body was returned to home Orkney to be buried in St Magnus Cathedral. 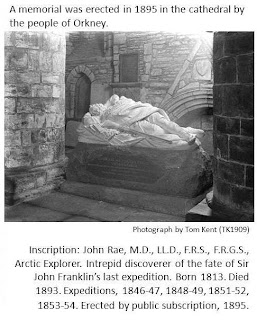 We have transcribed all the letters mentioned above and a few more, so if you live in Orkney or are just visiting do pop in to see the complete exhibition. [This exhibition is now over but the original letters mentioned can be seen in the Orkney Archive on request]

Man, it IS cold and we all HAVE colds. Autumn Schmautumn. We had been feeling very sorry for ourselves as we downed cold and flu remedi... 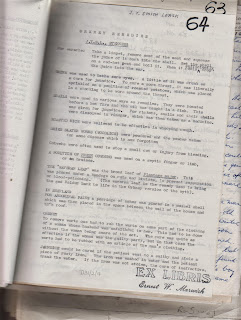