Our last post was about the Norwegian gift of a tree which graces Kirkwall's Cathedral every Christmas. The tradition originally began in 1987, the year of St Magnus Cathedral's 850th anniversary.


50 years previous to this, some trees were planted in the Willowburn area of the town to commemorate the building's Ocotocentenary:

Anyone familiar with the Willows wood will be surprised to see them in such a sparse state. Now, the burn is surrounded by mature trees, many of which are home to crows and surrounded by flowers in the Springtime.


This photo, taken by Dougie Shearer in the early 1980s, shows how full the trees became. Many are sycamores, like the Big Tree of Albert Street. 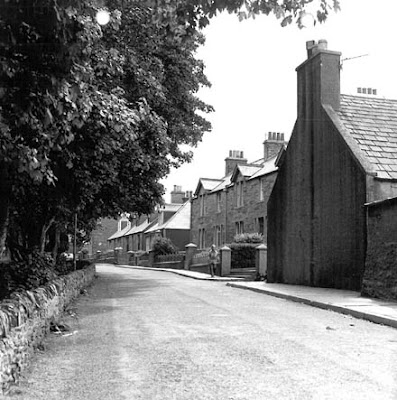 These aerial photographs, also by Dougie Shearer, show how many leafy tree tops were bubbling up between Kirkwall's buildings by the latter part of the 20th Century: 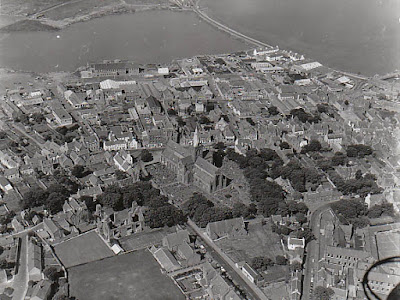 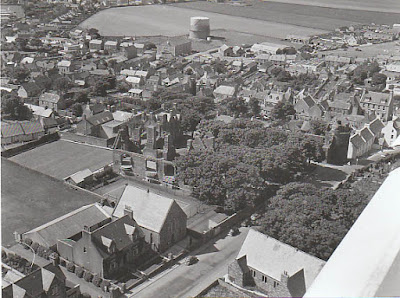 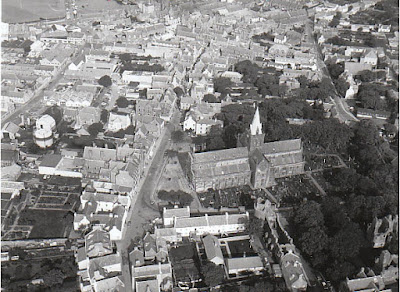